Following operational deployments to Mali and Afghanistan, the Swedish army’s family of unmanned air vehicles (UAVs) is nearing the end of its lifespan, with replacement programmes potentially due to begin in 2016.

A Swedish contingency has deployed the Textron Unmanned Systems Shadow 200 UAV as well as the AeroVironment Puma AE and Wasp small UAVs in support of the United Nations Stabilization Mission in Mali (MINUSMA) effort.

Under a Dutch remit, the Swedish army deployed 250 personnel in support of the effort, which reached full operational capability for the mission on 3 May 2015.

Now, although it has been a successful mission so far in Mali – Sweden has committed to operations there until 2017 – as it was in Afghanistan, the missions have taken their toll on the UAVs, and replacements are due.

“For us, it’s a learning process, and it’s valuable to start with something,” Lt Col Carl Magnus Svensson, commander of the 32nd Intelligence Battalion, Life Regiment Hussars, Swedish armed forces, says of the MINUSMA mission. “The Shadow was an excellent sensor to confirm information collected by other sensors.”

Despite being a tactical UAV, the Shadow was the largest Swedish system deployed, and the army is missing a strategic/mission-level UAV, Svensson added, as the Shadow only has a 125km range.

“There is a limit to how far you can fly and how long you can do it for,” he said. “We had so few sensors and so few people, that we really had to focus our assets.

“We need something that will carry a better payload…with a SIGINT [signals intelligence] capability.” 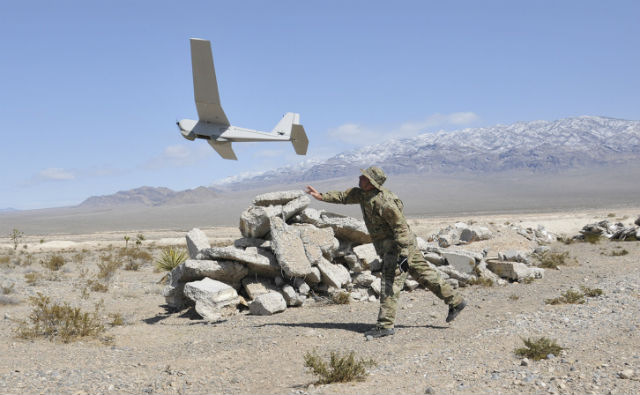 One system of four Shadow air vehicles provides 24h operations for the mission, and air planning is made on a 72h cycle.

“There are so many rules and regulations that I, as an army commander, did not have a clear purpose at first,” he added, noting that UAV operations are new to the UN, so there are still lessons to be learned in operating them.

A ministry of defence-level agreement on data sharing is one area of development, because data could then have been passed between the UAVs and non-traditional surveillance assets like the Dutch Boeing Apaches.

The UN also requires a larger UAV with more range to operate in the Northern part of Mali, and is in the process of awarding a civilian contractor an award for this, which is understood to be between Qinetiq with the Israel Aerospace Industries Heron and Thales with the Hermes 450 UAV.