One of the concepts – a configuration of four lie-flat business class widebody seats branded as Ascent – is being displayed to select potential customers in an invitation-only area of Adient's extensive stand at the Aircraft Interiors Expo (AIX) in Hamburg. The other prototype – with a name that is not being publicly revealed – is being shown as a single business-class seat. 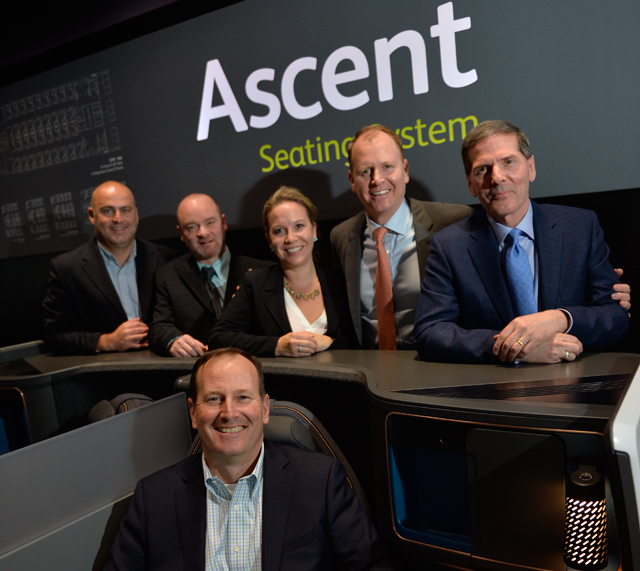 The link-up between Adient and Boeing, which is still subject to regulatory approval, brings together one of the world's big two airliner manufacturers with a leader in automotive seating. Together they will design and manufacture a portfolio of seating products as factory-fit or retrofit options that will also be available for non-Boeing types.

The move addresses concerns held by both main airframers that the seating supply chain is not resilient enough to cope with the planned ramp-up in production over the next few years, particularly for narrowbodies. In a statement, Adient and Boeing say: "There have long been capacity and performance issues in the seating category across our industry. We plan to address these issues head-on through this joint venture."

They say that the venture will create additional capacity and competition in the market, benefiting customers with "more reliable, on-time performance, and superior quality and craftsmanship".

US-based Adient manufactures 25 million automotive seats and seat components a year, although this is its first move into aircraft seating. The joint venture will initially focus on lie-flat business class seats for widebodies, with the future ambition to "satisfy airline seating needs from tip to tail" – economy, premium economy, and business class.

The enterprise's initial product development is set to take place in Kaiserslautern, near Frankfurt, with the customer service centre in Seattle.

Boeing has already formed a close alliance with Californian seat supplier LIFT by EnCore, which has developed economy seats for the 737 Max and 787.

At last year's AIX, Boeing announced that it was collaborating with Adient to explore opportunities in the seating and cabin interior market. This collaboration agreement led to the intended joint venture being announced in January and the design of the two concepts, which will be taken on by the new organisation once it is established.