Inmarsat is celebrating the 1000th installation of its GX Aviation, JetConneX and European Aviation Network (EAN) in-flight broadband services, as it looks forward to even stronger growth under new ownership when its $3.4 billion takeover by a consortium of private equity investors is finalised later this year. 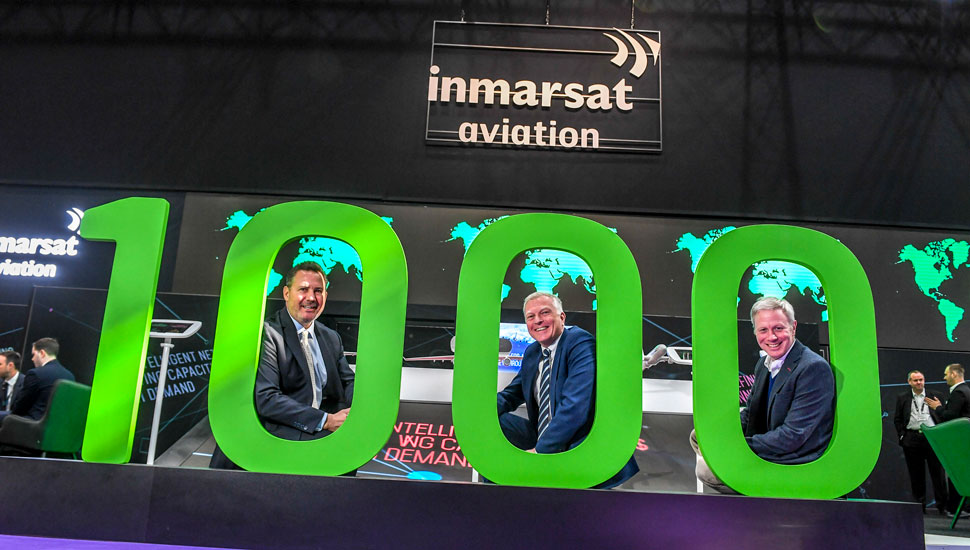 “This is a milestone on a journey and it’s an important one for us because, to be honest, we came into this very demanding market three or four years ago very much as an outsider. It’s a good proof point that we’re getting things right,” Inmarsat Aviation president Philip Balaam tells FlightGlobal.

Inmarsat’s new EAN hybrid air-to-ground and satellite-based connectivity service soft-launched with British Airways last month and is “alive and running” on “four or five” aircraft. The system is being switched on “progressively” across the “around 100” BA aircraft that have already been equipped, and then “other parts of the IAG fleet will follow”, says Balaam.

In addition to launch customer IAG, Balaam says Inmarsat has a contract with an existing European GX customer that is “looking to deploy EAN on part of its fleet”. Airline customers have been waiting for EAN to launch before making decisions.

“Some deals have taken longer than we originally thought to get over the line, but now it has launched the mood music is changing,” Balaam says.

Inmarsat is “looking at extending the reach” of EAN, and coverage can reach as far as Russia, Turkey, the Middle East and North Africa. This will depend on regulatory approvals and local investment, but “some airlines we’re in discussions with are pretty interested in seeing an extension”.

Inmarsat last month agreed to the terms of a takeover by Triton Bidco, a group of four investment funds advised by Apax, Warburg Pincus, Canada Pension Plan Investment Board and Ontario Teachers’ Pension Plan Board.

Balaam describes the consortium as “a sophisticated group of investors who know the sector and Inmarsat”, and says: “All the indications are that they’ll be looking to support and increase growth in aviation.” He expects the deal to be finalised in the fourth quarter of this year.