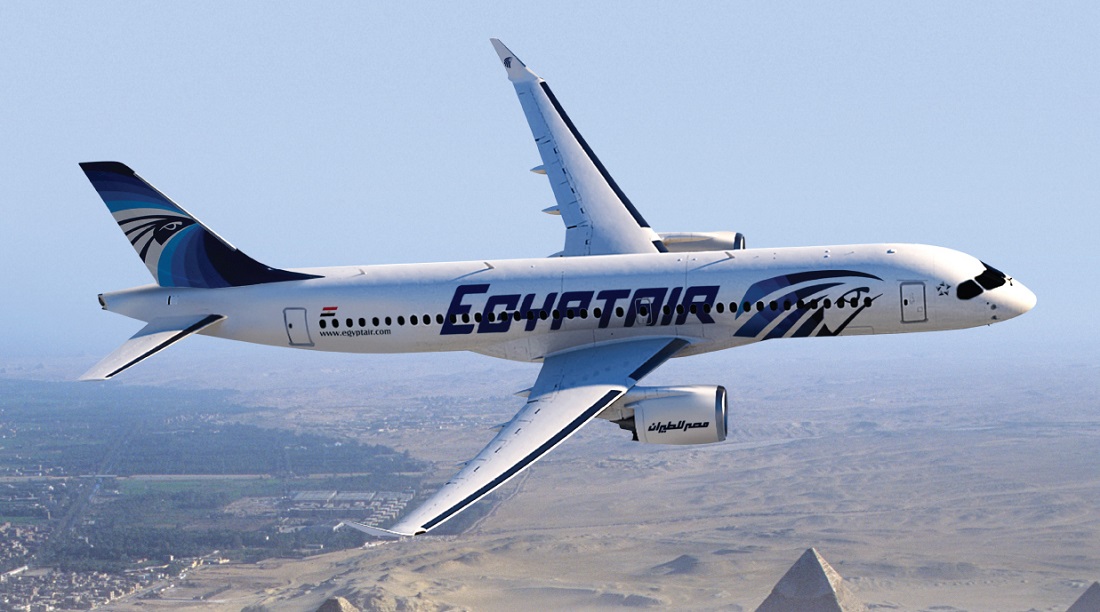 EgyptAir intends to finalise a commitment to order 12 Bombardier CS300s by year-end and become the type's launch operator in the Middle East and North Africa region, the Canadian manufacturer disclosed today at the Dubai air show.

Star Alliance member EgyptAir has signed a letter of intent covering a firm order for 12 CS300s plus purchase rights for another 12 of the 130-seat aircraft. The total list-price value of the deal rises to $2.2 billion if all options are exercised.

EgyptAir chief executive Safwat Musallam declined to provide a timeline for the CS300 deliveries once the order is finalised, but expects them to start before those of other Middle Eastern CSeries customers, which include Al-Qahtani Aviation and Gulf Air.

With the EgyptAir announcement, up to 85 new CSeries jets are covered by commitments disclosed since Bombardier agreed to transfer a majority stake in the small narrowbody programme to Airbus in a deal set be finalised in the second half of 2018.

The Airbus deal should make Bombardier programme "strong", Musallam says, but it does not appear to have swayed the carrier's decision.

"We were ordering the CSeries anyway," Musallam says.

The CS300 would be operated on domestic and regional routes, including to cities in neighbouring Arab countries and Europe.