Brazilian airframer Embraer has achieved type certification for its E195-E2 jet and remains on track for the aircraft to enter service with Azul in the second half of 2019.

“Today is a piece of history,” he tells FlightGlobal. “We are ready for delivery.” 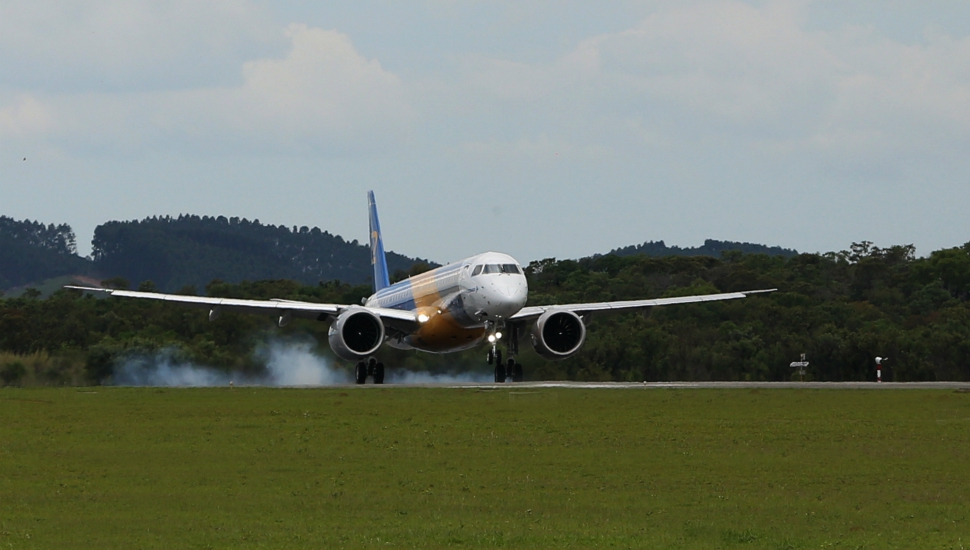 Embraer has not disclosed the date it expects to deliver the first E195-E2 to Azul. The Brazilian airline operates first-generation E-Jets and has outstanding orders for 51 E195-E2s.

The certifications mark another instance in which Embraer has met development goals for its E-Jets E2 programme, which the company launched in 2013.

Embraer delivered the first E190-E2 last year and has targetted a 2021 entry-into-service for the third member of the E2 trio, the E175-E2.

The Pratt & Whitney PW1900-powered E195-E2 can carry up to 146 passengers in a single-class configuration and has range up to 2,600nm (4,820km), according to Embraer. By comparison, the first-generation E195 can carry 124 passengers and has a 2,300nm range. The latest variant has fly-by-wire technology, a new wing and new landing gear.

Embraer says on 15 April that test flights have demonstrated the E195-E2 burns 1.4% less fuel than originally specified, making its per-seat fuel burn 25.4% less than the E195’s.

Airlines worldwide have placed firm orders for 121 E195-E2s. Customers other than Azul include lessors AerCap, with 44 orders, and Aircastle, with 13 orders. Nigerian airline Air Peace holds 10 E195-E2 orders and Canary Islands carrier Binter Canarias has three aircraft on order, according to Embraer.

Though Embraer has not sold the type to a major international carrier, Slattery exudes optimism.

“There are campaigns that are in full steam,” he says. “I would be disappointed if this year we aren’t identifying marquee carriers on the E195-E2.”

Asked about potential sales to North American airlines, he adds: “I would see no reason American, Delta, United, Southwest and all the larger airlines in North American wouldn’t look at this aircraft”.

Slattery cites the type’s ability to operate from shorter runways and its performance from hot-and-high cities such as Denver, where E195-E2s can fly up to 900nm farther than E195-E1s.

“It opens up many more markets,” he says.

Embraer estimates airlines will need about 6,400 aircraft in the E195-E2’s size in the next 20 years. Airlines in three regions – North America, Asia-Pacific, and Europe and the Commonwealth of Independent States – will each require 25-30% of those aircraft, while Latin American and Middle Eastern airlines will each require about 10%.

Slattery says he has committed to spend more time in Asia to help position Embraer to win campaigns in that fast-growing region.

Story updated on 15 April to include correct E195-E2 order figures.