PARIS: Largest show on record with over 2,450 exhibitors

This year’s Paris Air show – the 53rd outing in its 110 year history – is the biggest ever, with the number of exhibitors at the longest-running and largest aerospace event in the world exceeding 2,450. “We sold out within weeks of opening the booking in October 2018,” says air show chairman Patrick Daher, who took over the reins from Emeric d’Arcimoles after the June 2017 event.

Daher, who is also chairman of the French aerostructures firm of the same name, brings to the role a wealth of experience in the aircraft manufacturing and services business, and is keen to utilise his expertise to promote and support what he calls “the strong values of the aerospace industry”.

With the sector facing an increasingly influential and vocal environmental lobby, Daher says the biennial show is an ideal opportunity to promote new technologies and initiatives that are and will continue to limit its impact on the environment. These technologies include electric and hybrid-electric aircraft designs and systems, composite structures, and sustainable fuels. “We are getting a bashing from the public, and it is important to show that we are not a dirty, polluting industry, but one that is working hard to build products that significantly limit our impact on the earth’s resources,” says Daher. 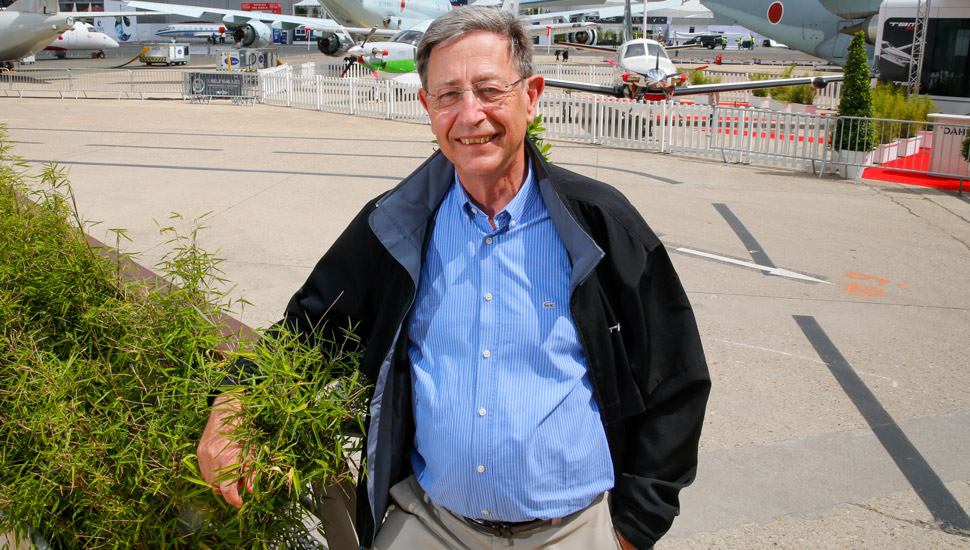 Innovation is a key focus of this year’s show with the Paris air lab – a large arena dedicated to fresh inventions and technology – making its return. “We invited 75 start-up company to participate in this venue for free in 2017. The number has doubled this year and many of these ventures will be pitching their wares on manufacturers' booths, including our own,” says Daher.

Showcasing a vast array of impressive ideas and inventions, Daher says start-ups are vital to the continued success of the aerospace industry and “need to be encouraged”.

“There is a wealth of highly-skilled people in this business, but we must also encourage fresh talent into the sector to help it develop,” he says.

The French aerospace industry recruited 15,000 personnel in 2018 alone, with 4,000 people taking brand new positions, Daher says. The same number of hires is expected this year "as the appetite from industry to invest in new products continues to climb".

The air show has established an area called the Careers Plane, to promote aerospace trades to schoolchildren and their parents. It is mums and dads, Daher says, who “are often the ones who need to be convinced that this industry is an attractive career choice for their children” over traditional, highly-regarded occupations such as medicine and law.

While the Career Plane is open throughout the event, the three public days at the end of the week will be critical for recruiting and attracting new talent to the sector, Daher says.