The first tranche of repair services will begin in 2021 and will serve all F-35s globally until 2025, says the Pentagon. Initially, components will be repaired in the United Kingdom, Italy, Netherlands, Denmark, Norway and Israel. The actual date repairs would begin in each country “will be determined by a country-endorsed business case” and could come as late as 2025, says the Defense Department.

The second tranche of servicers will focus on regional needs and will begin repairing parts in 2025. Those countries are Australia, Japan and South Korea. 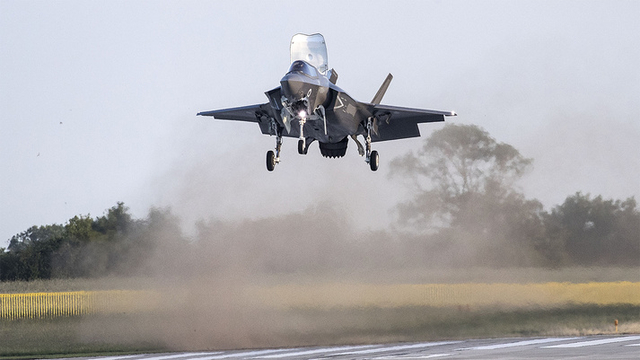 “Increasing our international capability to repair F-35 parts is instrumental for ensuring that the warfighter maintains mission readiness,” said Vice Adm Mat Winter, F-35 programme executive officer. “These global repair assignments will get F-35 parts into the hands of maintainers faster so they can fix and sustain aircraft more efficiently.”

Companies within nations that participated in the shared funding and development of the F-35 were eligible to bid on repair service contracts. The F-35 Joint Programme Office said regional considerations such as forward basing, aircraft phasing and transportation also contributed to assignment decisions.

The Defense Department did not disclose individual companies that were awarded service contracts.

However, BAE Systems separately announced it is one of the service contractors. Components will be repaired at Sealand Support Services, the company’s joint venture with the UK government and Northrop Grumman. And, BAE Systems Australia will work with a number of unnamed Australian defence contractors to repair components in the Asia-Pacific region.