The airframe – based on an A330-200 freighter, with reinforcements – was assembled in December but has yet to be mated with its nose or tail sections.

These sections will be added this year, the manufacturer states, as an 18-month integration process commences.

“The number of holes to be drilled and fasteners to be installed is far bigger than on any other Airbus aircraft,” he says.

“Sticking to schedule at each step is the key to being ready for first flight in 2018.”

Over the initial 12 months of the assembly the airframe will be completed and fitted with mechanical and electrical components. The final six months will involve transferring the aircraft to a new station for Rolls-Royce Trent 700 engine installation and ground testing.

Airbus is renewing the logistics fleet with five Beluga XLs to meet demand for A350 assembly. The Beluga XL will enter service in 2019. 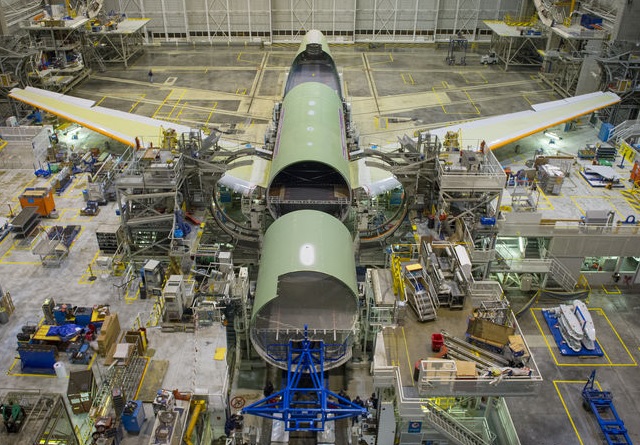