Boeing has rolled out the first production version of the 787-10 a few months ahead of a planned certification milestone for the new aircraft variant and delivery to launch customer Singapore Airlines next year.

The 5.47m (18ft) stretch of the 787-9 emerged from Boeing’s final assembly facility in North Charleston, South Carolina, the company’s exclusive site for 787-10 deliveries. 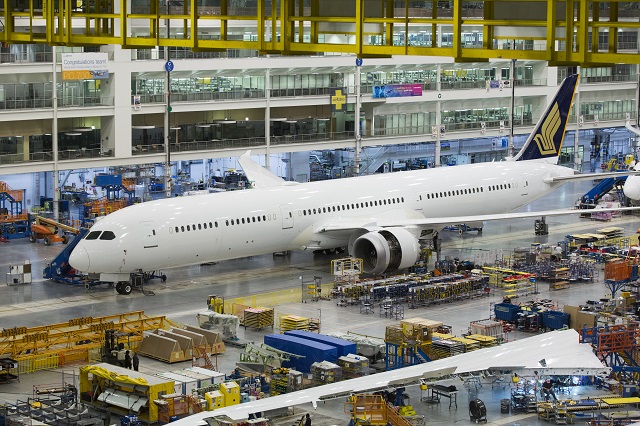 The roll-out event comes several weeks after Rolls-Royce achieved type certification for the Trent 1000-TEN, the engine selected by Singapore Airlines. Boeing first flew the flight test version of the 787-10 on 31 March. Except for the extra length and a few minor differences, the type is identical to the 787-9.