JetBlue Airways has placed into service the first Airbus A320 reconfigured with a new cabin interior, under the second and final phase of an ongoing cabin restyling programme that will also add more seats to the aircraft.

The aircraft, registered N729JB and nicknamed "If You Can Read This, You're Blue Close" by the airline, re-entered revenue service today with new seats and a new in-flight entertainment system on board. 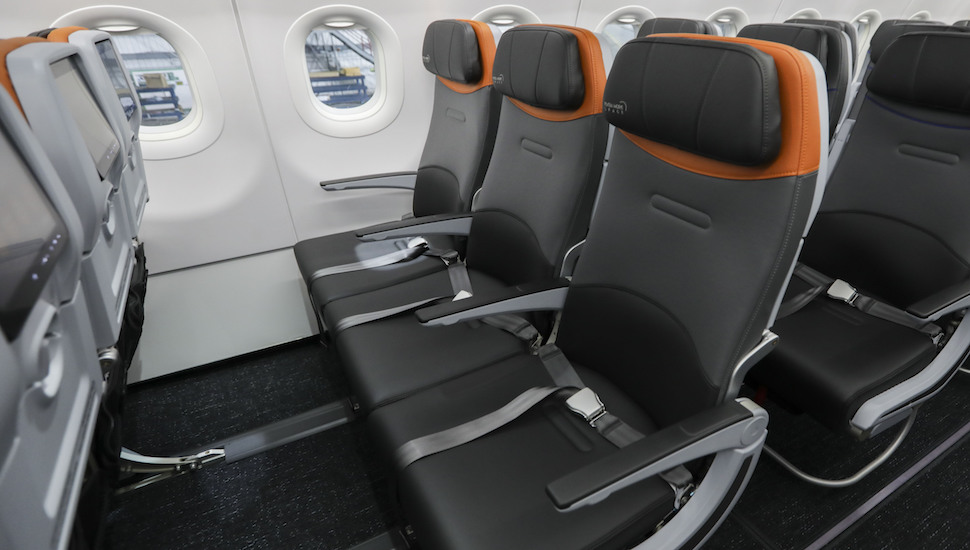 The A320 was delivered to JetBlue in 2008, Cirium's Fleets Analyzer shows.

The latest iteration of JetBlue's A320 cabin interior features Collins Meridian seats with adjustable headrests, Thales AVANT in-flight entertainment and ViaSat-2 in-flight connectivity. Passengers will be able to view entertainment on a 10.1in screen, with access to more than 100 channels of live television. 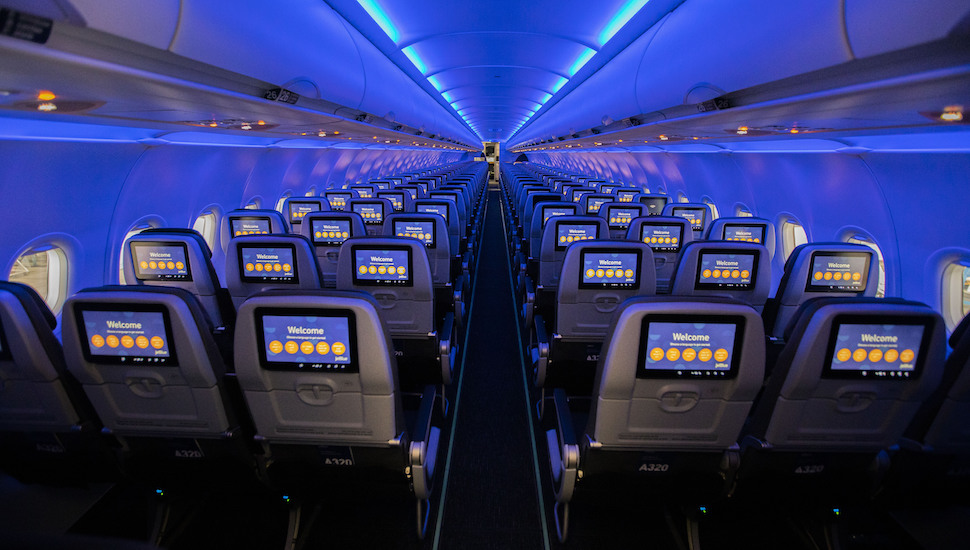 "JetBlue rocked the airline industry in 2000 with seatback television and all leather seats. In our first makeover since, this incredible new onboard experience represents what the founders would have done if they were launching JetBlue today,” says Marty St. George, JetBlue's executive vice-president and chief commercial officer.

The updated cabin interior will also offer power outlets with USB ports at every seat, and the ability to pair mobile devices to the seatback screen. 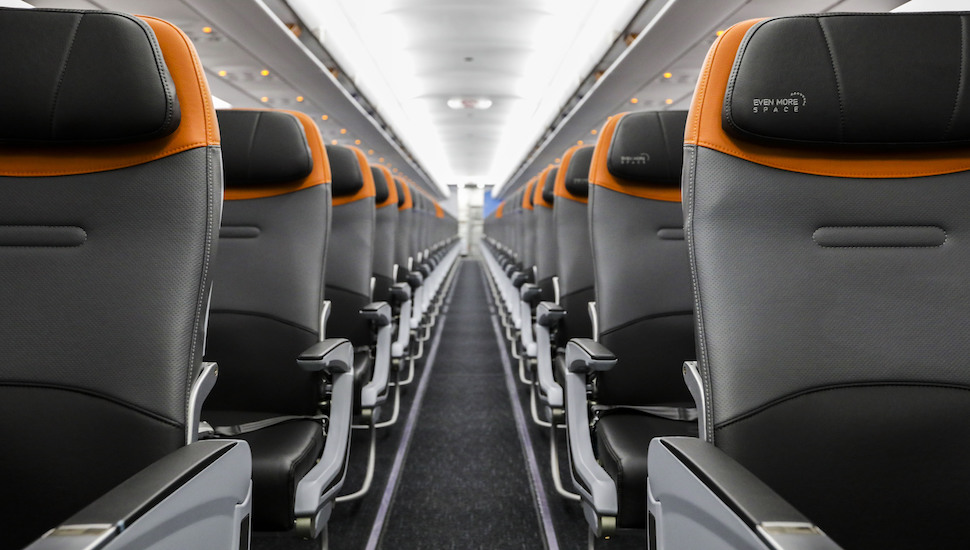 The new interior unveiled today is the second phase of an ongoing A320 cabin restyling programme that the airline first announced in 2014, adding 12 extra seats on the A320s for a total of 162. The total seat count includes 42 seats with additional legroom, branded "Even More Space" by the airline.

Under the first phase of the A320 cabin restyling that began in 2018, more than a dozen A320s were reconfigured with Collins Pinnacle seats for interiors to mirror those found on JetBlue's A321s. "Several more" aircraft are scheduled for completion in the following weeks, says the New York-based airline. It will fully transition to the second phase restyling from this spring, it adds.

JetBlue operates 130 A320s, out of a total fleet of 253 aircraft, Cirium's Fleets Analyzer shows. The airline has said it expects to complete the A320 restyling programme in about three years, or around 2020.