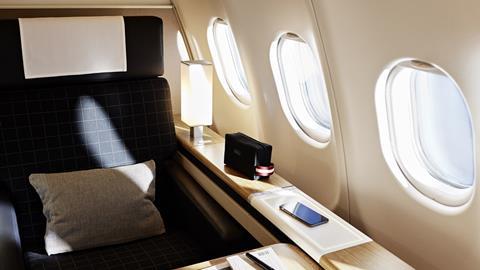 Swiss has completed a cabin refurbishment programme on its five remaining Airbus A340s, to bring their interiors in line with the Lufthansa subsidiary’s Boeing 777 long-haul fleet.

The A340-300s were fitted with “totally new” cabins and for the first time feature passenger internet access, says Swiss. 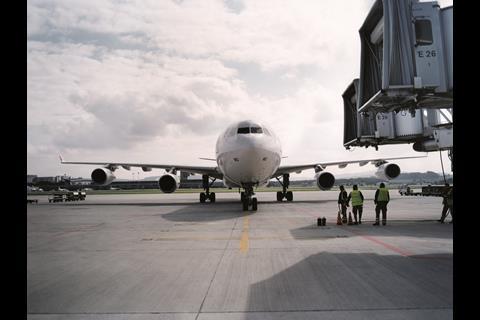 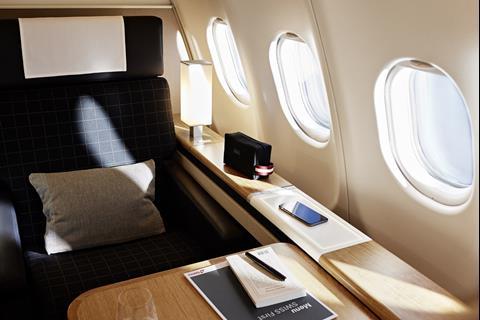 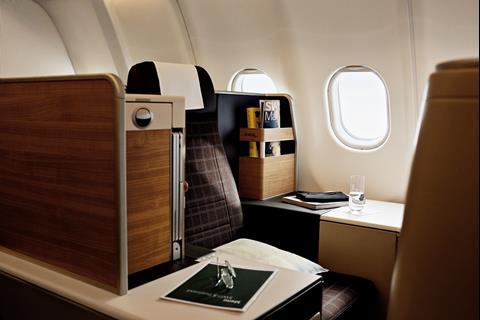 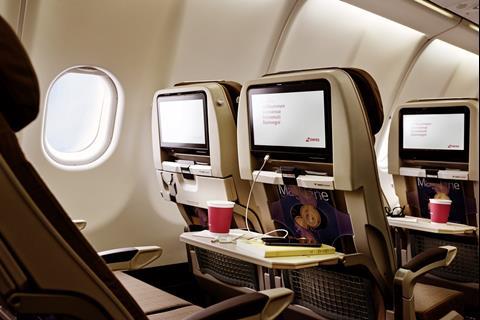 The A340s have been equipped with Thomson Aero Seating VT36 first-class seats “similar” to those on Swiss’s 777-300ERs and the same Vantage business seats as on the long-haul twinjets. ZIM Flugsitz provided the economy seats, and Panasonic the IFE system.

Additionally, Swiss has installed new galleys and LED mood lighting for all cabin sections. The airline’s website indicates a cabin layout of eight seats in first class, 47 in business and 168 in economy.

Swiss said in 2018 that the refurbishment programme represented a Swfr100 million ($103 million) investment.

The airline originally planned to assign the work to the Bordeaux facility of French MRO provider Sabena Technics. But the project was switched to German modifications and maintenance specialist EFW at short notice as a result of delivery delays.

While the refurbishments were scheduled to begin in 2017, EFW only received the first aircraft in December 2018. The Dresden-based company processed three aircraft and the other two went to HAECO in Hong Kong.

Swiss says the first-class seat’s development and certification required “considerably more time” than previously planned. “Later, in view of the peak travel season over the [2019] summer, we have decided not to convert any further aircraft in order to minimise potential disruptions to our flight operations during this period,” the airline says.

Swiss has declined to specify how long the A340s will remain part of its fleet. The airline operates the four-engined type from Zurich to Boston, Johannesburg and Shanghai. From 1 March, the aircraft will additionally be deployed on a new route to Osaka.

The A330s will undergo a cabin refurbishment programme in 2022, Swiss says. Separately, the carrier has disclosed a plan to introduce, for the first time, premium-economy seats from this year, initially on the 777 fleet.