Textron’s aircraft manufacturers delivered fewer units in the second quarter of 2019 as revenue slipped, stoking concern about the health of the business-jet market among investment analysts.

“There is now a wall of worry” about aircraft demand, the progression of the Cessna Longitude’s certification, and Bell’s helicopter delivery rates, says JPMorgan in a 17 July investor update.

Wichita-based division Textron Aviation, which makes turboprops and business jets, generated $1.1 billion in revenue during the second quarter, down 12% year-on-year. The unit’s profit rose less than 1% to $105 million.

“Beginning in late May, we experienced lower order activity across our product lines, largely attributable to the uncertainties around tariffs and concerns about economic growth, which caused disruption in both our foreign and domestic markets,” Donnelly says.

“Since then, we believe these uncertainties have largely diminished,” he adds, citing the end of a US tariff threat against Mexico, strong economic indications and the expectation that the US government will cut interest rates.

Textron continues to work toward certification of its new 12-passenger, Honeywell HTF7700L-powered Cessna Longitude business jet. The company had hoped the aircraft would have already been certificated. 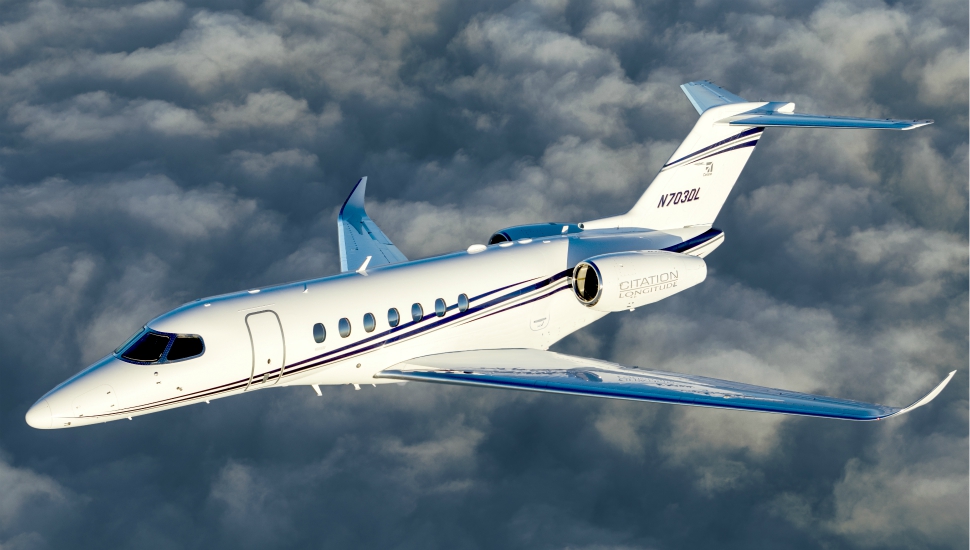 It now expects to secure the Longitude’s certification and begin deliveries in the third quarter. “While this has been a much larger task than originally anticipated, the documentation flow and review with [the] FAA continues,” says Donnelly.

The company’s second-quarter results were disclosed the same day as it announced it was shelving development of the Cessna Hemisphere business jet amid uncertainty about the performance of the aircraft’s Safran Aircraft Engines Silvercrest turbofans.

JPMorgan says it is “glad to see [management] put the Hemisphere aside”.

The Bell helicopter division earned a $103 million profit in the second quarter, down 14% year-on-year. Its second-quarter revenue slipped 7% to $771 million.

Donnelly says the revenue decline is “largely due to lower military volume as we transition to lower production quantities on our military programmes”.

“Despite the lower commercial deliveries in the quarter, we expect to see a ramp in deliveries in the second half of the year, supported by strong order activity and increased production rates,” says Donnelly.