United Airlines debuted its new Polaris business class seats on domestic flights this week, as it prepares for a rapid roll-out of the hard product on flights from its San Francisco hub.

The first aircraft with the product, a new Boeing 777-300ER, entered service between Newark and San Francisco on 16 February, and will shift to the San Francisco-Hong Kong route on 25 March.

Oscar Munoz, chief executive of United, described Polaris as the “new spirit of United” at a media event ahead of the debut on 13 February. 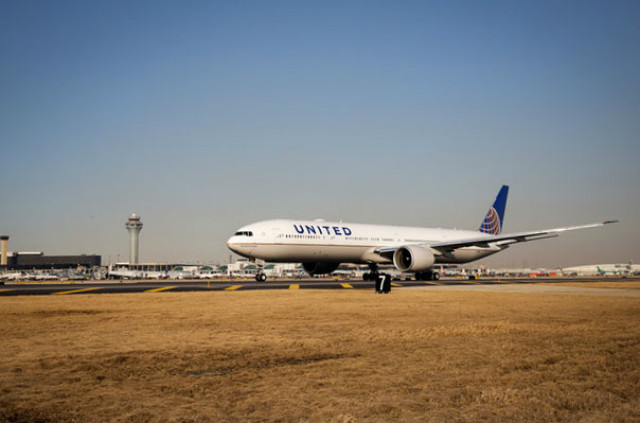 The hard product brings the Chicago-based Star Alliance carrier’s business product in-line with global standards, including all-aisle access and a more private space for passengers. The 777s are configured with one-two-one Polaris seats in the 60-seat cabin. 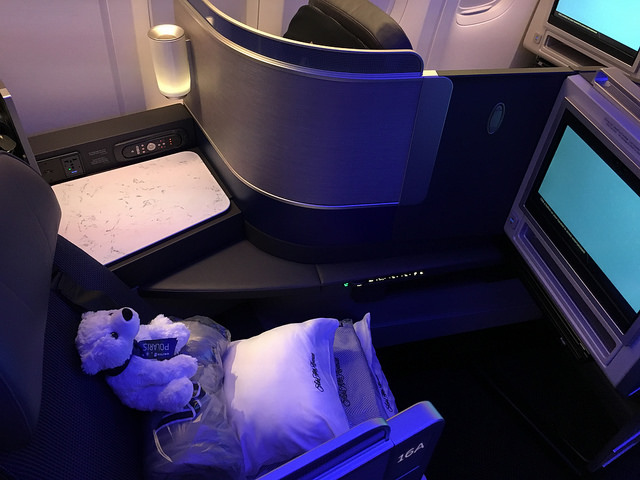 On the ground, Polaris also includes a new set of airport lounges dedicated to just passengers booked in business class that will be located at all of United’s US hubs, as well as Hong Kong, London Heathrow and Tokyo Narita airports.

“It helps United narrow the competitive gaps it has with both American and Delta, as well as foreign flag carriers,” says Henry Harteveldt, travel industry analyst and founder of the Atmosphere Research Group. “United was coming from a serious deficient point… United wanted to play catch up but they were unable to somehow to leapfrog the competition.”

Harteveldt previewed Polaris on a media flight from Chicago O’Hare to San Francisco on 13 February. While he agrees with Munoz that the product includes numerous “thoughtful details”, he says the seats felt narrow and is skeptical about the length, especially for taller travellers.

The seats 58.4cm wide and 198cm long when fully reclined, according to United.

Delta Air Lines will roll out new business class suites when it begins taking delivery of the Airbus A350-900 in the fourth quarter. This may give the Atlanta-based carrier a “tangibly superior product” depending on the execution, says Harteveldt.

United sees Polaris as a key element of its cabin segmentation initiative. The programme, which also includes a new no-frills basic economy fare, is expected to generate at least $1 billion in additional revenue for the carrier by 2020.

The economy product and lack of a premium economy cabin on Polaris-configured aircraft put United behind its competitors. The economy cabin has 10-abreast seating in a three-four-three configuration that, while the standard for most international carriers, lacks unique touches that other airlines have included to make the experience “bearable”, he says. 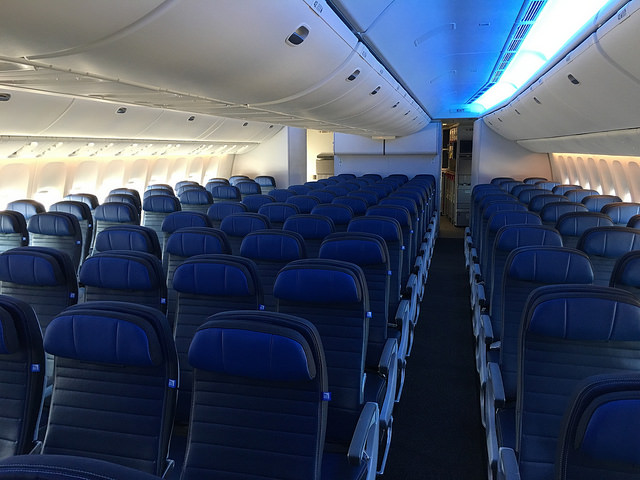 In addition, the lack of a premium economy cabin “leaves them vulnerable to competitors who offer that product, including several of its Star Alliance partners, including Lufthansa, Singapore and Air Canada,” says Harteveldt.

Maria Walter, managing director of product and brand strategy at United, said on the preview flight that the airline continues to evaluate adding a premium economy cabin but has not made any decisions.

United will begin retrofitting 14 Boeing 767-300ERs and 55 777-200s in its fleet with Polaris in April and the fourth quarter, respectively, Walter says.

The carrier plans to operate its 777-300ERs, which it will have 14 of by July, on routes flown by its Boeing 747-400s from its San Francisco hub this year. These markets include Beijing, Shanghai, Taipei and Tokyo Narita.