Boeing will begin the flight certification campaign for the 138-seat 737 Max 7 after the third and smallest variant of the re-engined single-aisle family completed a more than 3h-long maiden flight on 16 March.

The first flight of the CFM International Leap-1B-powered aircraft followed a familiar pattern. Test pilots approached 250kt and 25,000ft in a broad loop to Boeing’s flight test centre at Moses Lake in Washington state’s interior, where the aircraft performed a low approach, says Boeing 737 chief pilot Jim Webb. The aircraft performed a low approach at Moses Lake airport, systems checks and an engine re-start during the flight, he says. 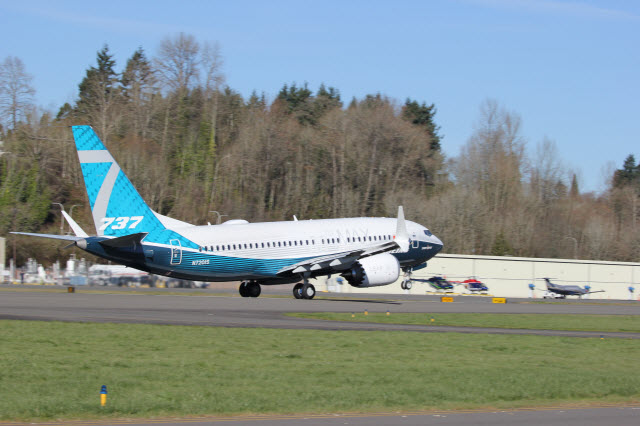 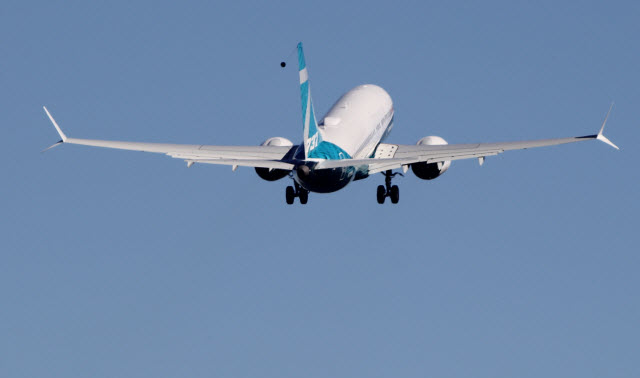 Boeing doesn’t break out orders of the 737 Max family by variant, with one exception. The 737-10 is listed publicly with a backlog of 416 orders, but no such total exists for the other variants.

The commercial interest in the 737-7 is visible only by the number of customers. The type has been ordered by Southwest, Westjet, Riuli, Jetlines, Air Lease Corp and one unidentified airline, Boeing says. Two Boeing Business Jet versions of the aircraft also have been sold. 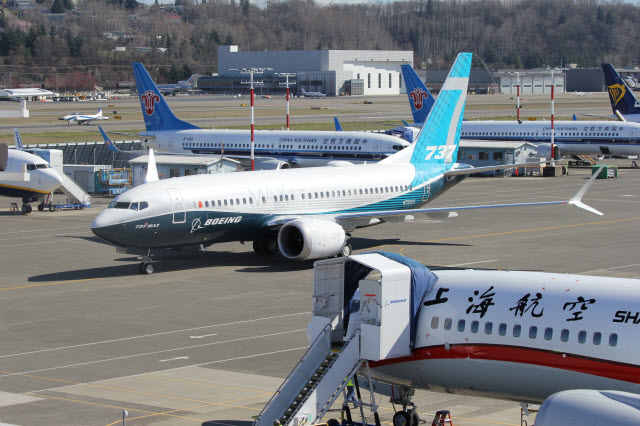 The type’s appeal in the commercial market has been questioned, but Boeing stands by the order potential of the smallest member of the 737 Max family.

Jeff Haber, Boeing’s regional director of product marketing, points to the potential replacement demand, with about 2,500 737-700s and Airbus A319s operating today. Asked to name the percentage of that segment of the market lost to upgauging, Haber declined to provide a number. However, Haber says a redesign announced two years ago for the 737-7 added two frames and 12 seats to the fuselage compared to the 737-700, thus making the 737-7 itself a candidate for an airline that wants a larger aircraft. 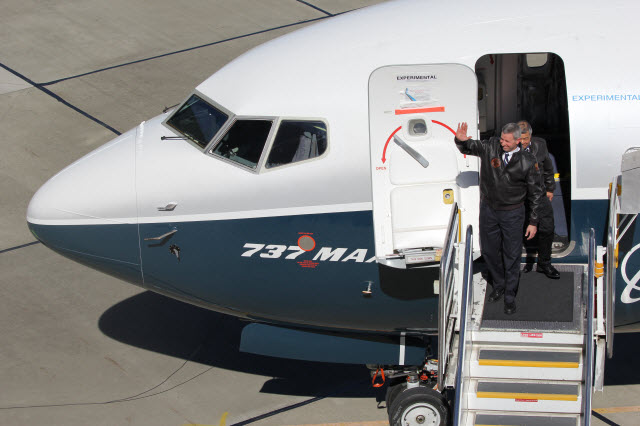 The 737-7 also is designed with a unique set of performance advantages, Haber says. For example, it shares the same version of the Leap-1B engine as the 737-8, but is lighter and smaller. That combination means the 737-7 should offer better take-off performance in hot temperatures at high altitudes, Haber says. The 737-7’s flight test team plans to travel to Daocheng, China, later this year to validate those performance assumptions.