The aircraft, registered 9N-AEV (MSN 729), was operating a flight from Nepalgunj to Jumla when the incident occurred at 14:35 local time.

There were no injuries among the 18 passengers and three crew.

Videos on social media show the aircraft bouncing on landing and veering off the runway before coming to a stop after crashing into perimeter fencing. The nose and nose landing gear of the aircraft appear to have been damaged.

The airline confirmed the incident and said that "a flat tyre on the nose wheel" led to the runway excursion, and that the aircraft is currently parked at a remote location at Jumla airport. 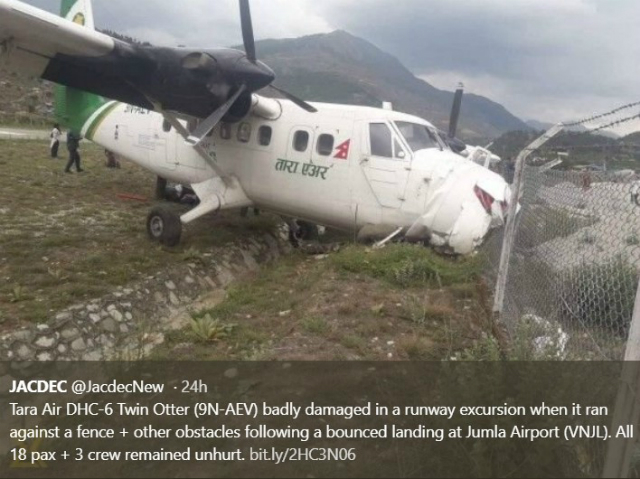 Flight Fleets Analyzer shows that the aircraft, built in 1980, is owned and managed by Tara Air.