The contract for four of the type was signed on 17 September, and there are reports that there may be more orders totalling 24 aircraft further down the line.

Valued at $110m, the deal is set to make Thailand the fourth export customer for the T-50, with the Indonesian air force having 16 in service and the Iraqi air force 24, according to Flightglobal’s Fleets Analyzer database.

The Philippine air force, meanwhile, has 12 armed FA-50 examples on order, while the Republic of Korea air force also operates the trainer type, with 88 in service and 17 more on order. 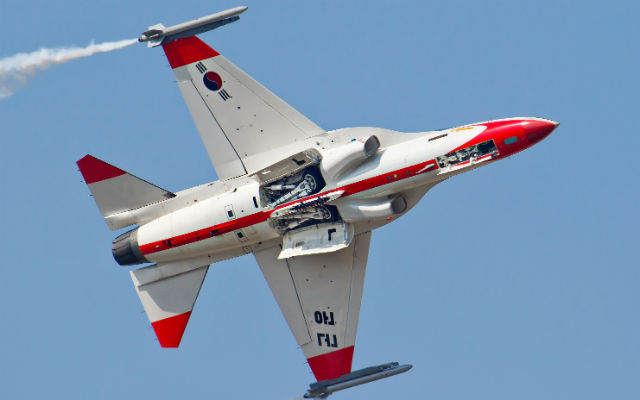 Thailand currently operates 36 Aero Vodochody L-39 jet trainers. It was announced in 2014 that funds had been allocated to replace these, which are nearing obsolescence, with an initial four new aircraft.

Others bids are understood to have been made by manufacturers in Italy, Russia and the USA, with the Chinese Hongdu L-15 having been considered one of the favourites for a deal until the T-50 selection.

KAI is offering the T-50 for the US Air Force's T-X trainer programme, and it believes that the win in Thailand will have a "positive effect" on the company's chances in this competition.