Bombardier has achieved the first flight of the third CSeries flight test vehicle on 3 March.

The take-off of FTV-3 from Bombardier’s factory in Mirabel, Canada, comes two months after FTV-2 joined the flight test programme and nearly six months after first flight of FTV-1.

Two more aircraft assigned to the 110-seat CS100 variant are scheduled to enter the flight test programme later this year. 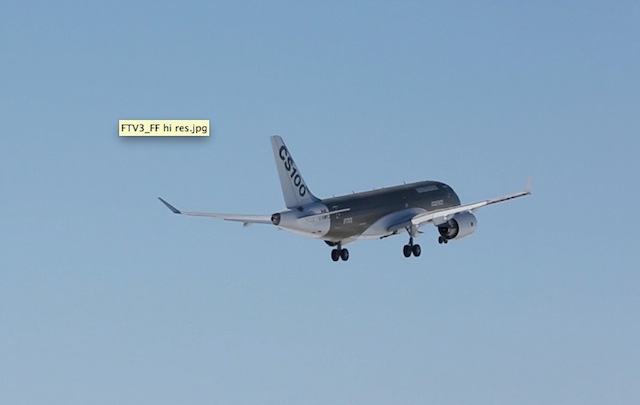 Bombardier had accumulated about 100 flight test hours combined on FTV-1 and FTV-2 from 16 September through end of February.

The test fleet needs to average between 105-144 flight hours per month to complete the development phase as scheduled in the second half of 2015.

The latest schedule represents a delay of 18-24 months compared to Bombardier’s original plan.

The CSeries programme is testing several major innovations introduced on a Bombardier and single-aisle aircraft.

Bombardier blamed unnamed suppliers and software delays for an initial series of schedule postponements for first flight, which slipped from late 2012 to September 2013.