Thomas Cook Airlines has made its first commercial flights with an Airbus A330-200 being operated under a three-year “damp lease” agreement with the UK’s AirTanker Services.

One of five A330s from a “surge” fleet contained within AirTanker’s Future Strategic Tanker Aircraft (FSTA) deal with the UK Ministry of Defence, the aircraft registered G-VYGK has been adapted for airline service after originally being delivered as a Voyager tanker/transport. 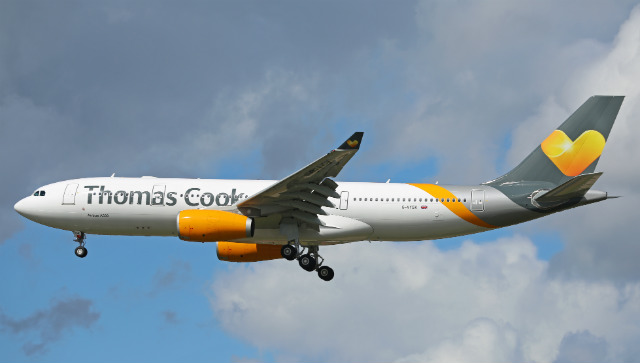 According to tracking information from FlightRadar24, the aircraft was on 1 May flown from Manchester, England to Cancun in Mexico, before returning later the same day via Punta Cana in the Dominican Republic. It has also since been used to complete a return flight to Dalaman in Turkey, and a round-trip to Cancun.

G-VYGK is the 11th of 14 aircraft to have been modified for the FSTA programme. A core fleet of eight Voyagers is already in Royal Air Force service, with AirTanker also operating one of the A330s on the UK civilian register. The company has yet to detail the expected usage for the remainder of the fleet.

Prior to its transfer to Manchester on 29 April, Thomas Cook Airlines’ latest asset underwent a three-month reversion for commercial service at AirTanker’s facility at RAF Brize Norton in Oxfordshire. This included equipping the aircraft with the leisure carrier’s new interior and in-flight entertainment systems.