The UK has concluded a decade-long commitment of fast jet combat aircraft to the NATO-led International Security Assistance Force (ISAF) in Afghanistan, with its last Panavia Tornado GR4s having left Kandahar airfield for the final time.

Aircraft on detachment from the RAF’s 31 Sqn took off from Kandahar on 11 November, at the start of a return journey to their home base at Marham, Norfolk, via the service's Akrotiri base in Cyprus.

Seven RAF squadrons operated the Tornado in Afghanistan from June 2009 until the withdrawal, which comes as the UK and other ISAF contributing nations run down their combat involvement in the nation before year-end. 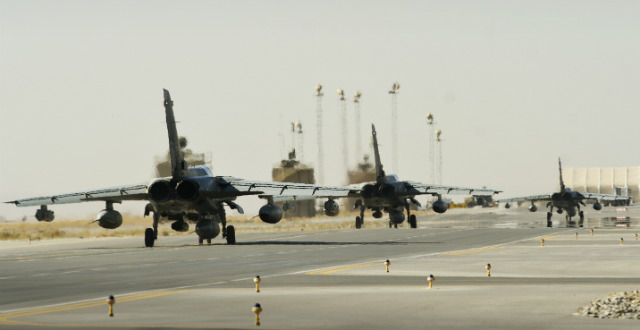 The RAF’s deployed Tornados flew more than 5,000 pairs sorties during the type’s contribution to the campaign, the Ministry of Defence says, with over 33,500 flight hours logged. Some 600 so-called “shows of force” were conducted using the aircraft through this time, to disrupt and deter activities by Taliban forces.

A combined total of around 140 MBDA Brimstone air-to-surface missiles and Raytheon Systems Paveway IV precision-guided bombs were released by Tornado crews through the entire period, with the RAF confirming a roughly 50:50 split in their use, which also involved their Rafael Litening III targeting pods. More than 3,000 rounds were also fired from the type's 27mm Mauser cannon during more than 70 other engagements, the service says. They also employed UTC Aerospace Systems Raptor reconnaissance pods to provide ground surveillance, for example by spotting “potential hazards such as roadside bombs”, the MoD says. 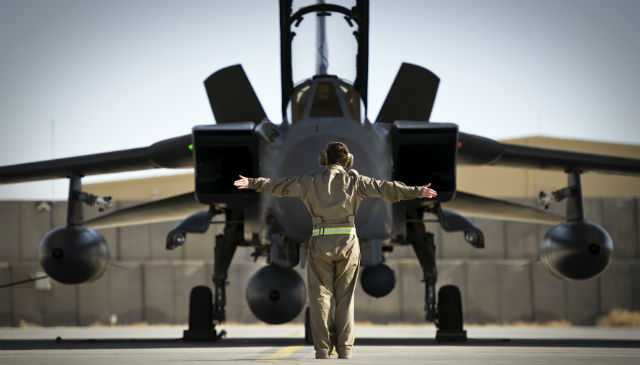 The start of operations with the Tornado from Kandahar followed an almost five-year deployment involving BAE Systems Harrier GR9s from the RAF and Royal Navy, the first of which arrived in Afghanistan in September 2004.

Despite the completion of its duty in Afghanistan, the UK’s Tornado force remains busy, with the type also currently providing part of the nation’s contribution to the fight against Islamic State militants.

“Our operational focus and that of the Tornado force must now turn to Iraq where, as in Afghanistan, we will continue to support our allies,” says chief of the air staff Air Chief Marshal Andrew Pulford.

The Panavia type has been in continuous deployed operational use by the RAF since the start of the 1990-1991 Gulf War. Flightglobal’s MiliCAS database records the service as still having 81 Tornado GR4s in use.