Italian aircraft manufacturer Tecnam is readying its P2012 Traveller for rollout by March 2016, saying it remains on track for a maiden flight of the new 11-seat piston-twin in the second quarter of next year.

The airframer took delivery in October of the Traveller’s Lycoming TEO-540-A1A engines, which are now being installed on the first test aircraft.

Three prototypes are now being assembled at Tecnam’s manufacturing facility in Capua, near Naples in Italy. Production is eventually to be housed at a dedicated 5,000m² (53,800ft²) facility adjacent to the current plant, which should open by year-end, says Tecnam chief executive Paolo Pascale. 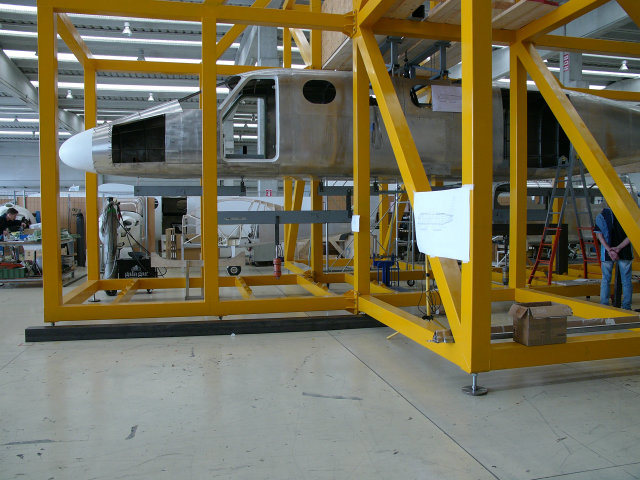 He is meeting this month with US regional carrier and programme partner Cape Air, which previously signed a letter of intent to purchase up to 100 Travellers to replace its fleet of ageing Cessna 402 piston-twins. “We hope they will commit [to a firm order] by year-end,” said Pascale.

The Hyannis, Massachusetts-based Cape Air is the biggest commuter airline in the US, and has helped Tecnam to design the Traveller for the commercial-passenger transportation market.

The high-wing aircraft has attracted considerable interest from a long list of international operators, Pascale said, including charter, corporate, cargo and special-missions providers. “We are filling a gap in the six-10-seat [Federal Aviation Regulation] Part 23 piston-twin-engined market segment, where no new designs have been introduced for more than 40 years,” he added.

The Traveller – which is funded through a combination of private and Italian government investment – has a fixed landing gear to allow it to operate from unpaved runways, large panoramic windows, and four doors, including a sliding passenger door and a cargo door.

European and US approvals for the Traveller are scheduled for 2018, with service entry following later that year.