Turkey is to donate 34 Cessna T-37 Tweet jet trainers/light attack aircraft to Pakistan in an agreement signed on 28 October.

The decision followed high-level military talks between the two countries in Ankara, where Turkey agreed to supply the aircraft plus spares “gratis” to Islamabad.

Pakistan already operates 18 T-37s that entered service in June this year, and the only other current operator of the T-37 is the Colombian air force, Flightglobal’s Fleets Analyzer database shows.

Turkey's air force retired the T-37s in around 2009, replacing them with 40 Korea Aerospace Industries KT-1 trainers that were delivered this year. An additional 15 examples are covered by a letter of intent. 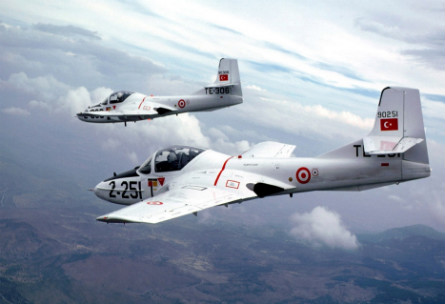 Meanwhile, the Pakistani air force is offering two Lockheed Martin C-130 transports to help deliver aid to Chitral following an earthquake on Monday, as well as airlifting injured people away from the area.