Turkey has finally signed a contract with Sikorsky for 109 examples of its S-70 Black Hawk utility helicopter worth around $3.5 billion, putting an end to three years of protracted negotiations.

The US manufacturer in 2011 was named as the preferred bidder for Ankara's Turkish Utility Helicopter Project to renew the rotorcraft fleets of the country's armed forces, police and forest service. The international version of the S-70 beat off competition from AgustaWestland's AW149 to win the order.

To be designated the T-70, under the terms of the contract the helicopters will be produced locally by Turkish Aerospace Industries with deliveries starting in 2018. Other indigenous manufacturers involved in the programme are Aselsan - which will produce a Turkish-designed avionics suite - and Alp Aviation - which will manufacture gearbox and other dynamic components.

Production of the type's General Electric T700 turboshafts will also be localised through Eskisehir-based TEI. In all, work worth some $1.4 billion will go to Turkish firms. 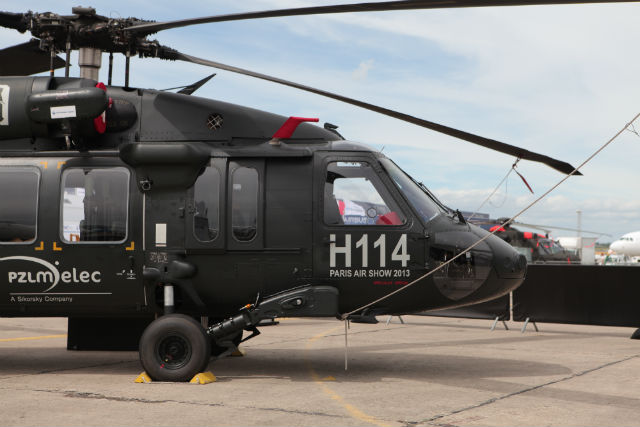 Speaking at a Heli-Expo convention press conference on 25 February, Sikorsky chief executive Mick Maurer said that TAI will help the company market the aircraft among allies of Turkey that have a weaker relationship with the US govenment.

In return, TAI also will servce as a second source on major components in Sikorsky's global supply chain for the S-70, he says.

"They will be able to produce almost everything on the Black Hawk," Maurer says. "We've already prenegotiated and agreed on certain quantities."

The T-70 facility in Turkey will supplement existing production lines for the S-70i in Poland and the USA, Maurer says. The initial contract specifies that TAI will produce 109 S-70i models for Sikorsky, alongside the 109 T-70s.

In all, the Turkish firm will be licensed to produce up to 600 helicopters - including those for its own forces - for sale on the international market.