Turkish Aerospace Industries (TAI) has finally signed a long-awaited $3.5 billion deal with Sikorsky to begin production of 109 T-70 rotorcraft – a locally assembled variant of the S-70i export Black Hawk – destined for a number of the country's armed services and government agencies.

Driven by Ankara's SSM undersecretariat for defence industries under its Turkish Utility Helicopter programme, the contract brings in other local partners including Turkish Engine Industries (TEI), Aselsan and Alp Aviation.

TEI will licence-build the T-70's GE Aviation T700 engines, Aselsan is to produce and assemble landing gears, gearboxes, and other dynamic components, and Alp Aviation will develop and integrate basic avionics systems, as well as co-developing with Sikorsky an enhanced digital cockpit. 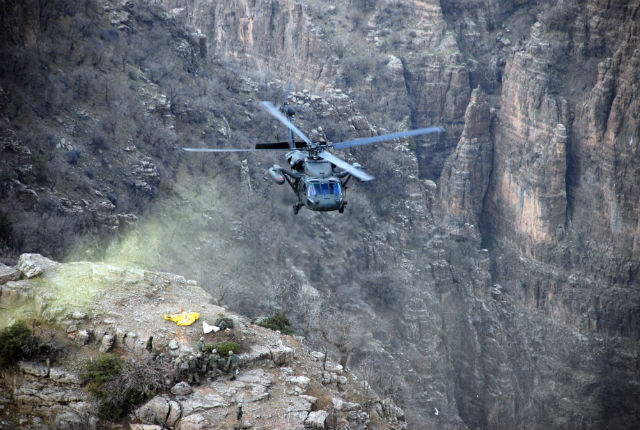 Deliveries to the Turkish army, air force, gendarmerie, police and forestry ministry are due to commence in 2021, running until 2026. The army and navy already operate around 80 examples of the Black Hawk, Flightglobal's Fleets Analyzer database reveals.

Negotiations on the deal have been ongoing since Ankara selected the T-70 in 2011. No indication has been given whether TAI will be able to sell the Turkish-built helicopters to other nations, as had previously been indicated.

Sikorsky currently produces the S-70i at its PZL Mielec subsidiary in Poland.