The award comes under the Future Anti-Surface Guided Weapons Light (FASGW (L)) programme, for which Thales will provide the Lightweight Multirole Missile (LMM) – a light variant of missile the navy will use against small boats, fast attack craft and other small targets. 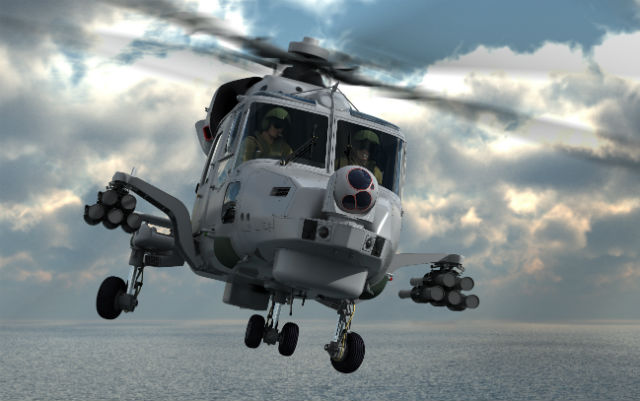 Development of the LMM – designed for deployment from manned rotorcraft and unmanned air vehicles – began in 2007. The weapon has a range of some 4.3nm (7.9km), according to the manufacturer.

“This contract is the result of a great deal of hard work between the [Ministry of Defence] and Thales, and brings us a step closer to providing the Royal Navy with a highly sophisticated weapons system for the future,” Laurence Bryant, director of weapons at the MoD, said in a statement on 16 June.

In March 2014, MBDA was contracted to provide the FASGW Heavy/Anti-Navire Leger (ANL) missile for both the Royal Navy and French navy – a weapon designed to target land and coastal targets, in addition to vessels.

This £500 million contract will see MBDA provide missiles for the UK’s Wildcats, as well as the French navy's NH Industries NH90s and possibly its Airbus Helicopters AS565 Panthers.

The joint weapon development is part of an Anglo-French effort to develop military equipment in parallel, with the original intent to develop the FASGW declared in 2009.

During a bilateral summit in January 2014, UK Prime Minister David Cameron and French President Francois Hollande committed to the project, as well as an array of other developments – including £120 million towards the development of an unmanned combat air vehicle.

The FASGW(L) missiles will be manufactured in Belfast, Northern Ireland, with the deal expected to provide 60 jobs, the MoD adds.