The UK Royal Air Force has welcomed its first Airbus A400M Atlas tactical transport for training use, as the service makes preparations to stand up its first operational squadron with the type early next year.

Lead aircraft ZM400 was formally revealed at RAF Brize Norton in Oxfordshire on 27 November, some 10 days after it arrived on its delivery flight from Airbus Defence & Space's final assembly site in Seville, Spain. 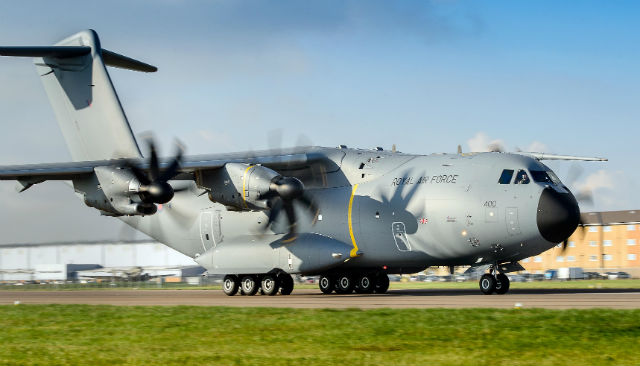 It was flown again the day after its receipt, before remaining on the ground due to an undisclosed technical fault, the RAF says. The transport was used to support ground-based training during this period, but is due to be returned to flight status by the end of the week, the service adds. 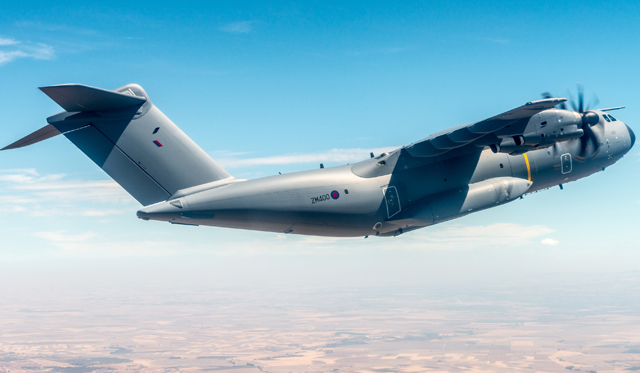 The first of 22 A400Ms on order for the UK, production aircraft MSN15 will be followed swiftly by several other RAF examples, with two more expected to be handed over before year-end. The second aircraft was transferred to Airbus's Getafe site near Madrid on 26 November to have its defensive aids system equipment installed, the service says, while a first flight date will soon be set for its third example.

Despite a roughly two-month delay to ZM400 arriving at Brize Norton, programme officials still expect the RAF to be able to declare initial operational capability with the transport in March 2015, following the acceptance of its first seven aircraft and the availability of sufficient trained crews to operate them. 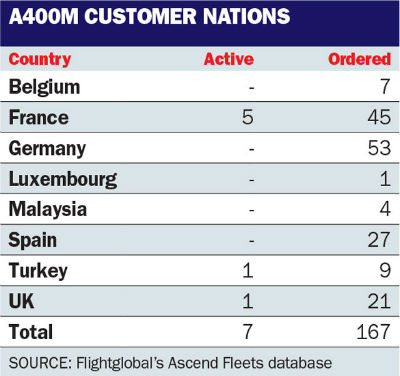 All 22 of the UK's new aircraft will be in use by 2018, with the type to progressively assume responsibility from the RAF's Lockheed Martin C-130Js. This process will start next year, with Atlas crews beginning the process by initially performing strategic transport tasks, the service says. The A400M will also have full capability to support special forces operations by the time the last Hercules leave use in 2022, says Wg Cdr Doz James, officer commanding the 24 Sqn training unit at Brize Norton.

Activities are already under way at the A400M Training Services-run "school house", with a test intake of instructors currently using the facility before 70 Sqn's lead instructors start their course in January. The facility has equipment including one full-flight simulator and maintenance trainers now in use.

Welcoming the new arrival, minister for defence equipment, support and technology Philip Dunne notes that the aircraft has been introduced "on time against the re-baselined contract profile, and on-budget". 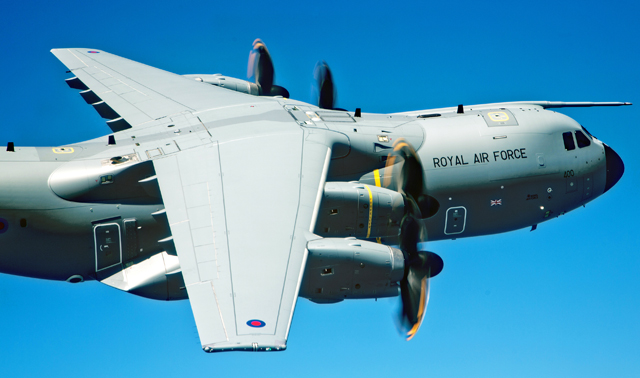 The type's introduction with the UK military has also been eagerly anticipated by the aircraft's manufacturer. "We see the RAF's use of the A400M as being the central pillar of a government-supported export strategy," says Airbus UK president Paul Kahn.

Meanwhile, Airbus Defence & Space executive vice-president military aircraft Domingo Ureña Raso says a new sale of the A400M could still be finalised before the end of the year. "We are working very hard," he says, pointing to market interest in the type from Latin America, the Middle East and Asia. "We are working with several countries, and the interest is going up.”

"A contract could not be so far away," he adds, noting: "there are air forces who need to replace a lot of old capabilities."