This story has been updated to reflect "Maria Walter", not Walters.

United Airlines will begin retrofitting 69 of its Boeing 767s and 777-200s with its new Polaris business class this year, the first indication of how many of each type it plans to keep in its widebody fleet.

The Chicago-based carrier will begin modifications to the first of 14 767-300ERs in April and the first of 55 777-200s in the fourth quarter, says Maria Walter, managing director of product and brand strategy at United, during a media preview flight for the new premium product.

Asked whether the airline will retire the 21 767s not slated for the Polaris retrofit, Walter says that has yet to be determined.

United is in the midst of a fleet review, which includes determining a replacement for its 767-300ERs, that executives hope to complete soon.

“It’s a great airplane [but] it’s getting a little old and if we’re going to keep flying them longer we’re going to need to make some investments in extending the life,” United president Scott Kirby told employees on the 767 fleet in January. “But it also serves missions that the other aircraft would be hard-pressed, at least in today’s economics, to find.”

Polaris represents what United chief executive Oscar Munoz calls the “new spirit of United”, he says speaking ahead of the preview flight at Chicago O’Hare International airport. This includes the ethos of connecting people and uniting the world that he is working to instill at the carrier.

The airline will debut the hard product aboard its new 777-300ERs, which will enter service between Newark and San Francisco later on 16 February.

When asked about the Polaris configuration on the 767 and 777-200s, Walter only says that United will maintain its existing premium seat density. 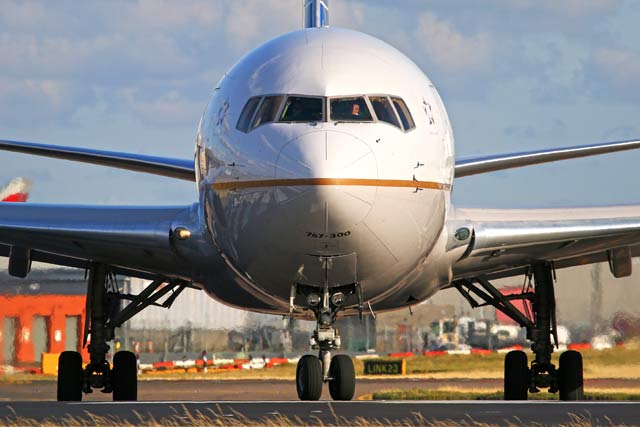 Both the A350s and 787s will have a one-two-one Polaris configuration like the 777s but, due to their narrower fuselages, the seats will be half-an-inch narrower on the former and slightly longer on the latter, says Clucas.

The airline will retrofit its 787-8s and -9s with Polaris as they come up for heavy maintenance checks, says Walter. These occur roughly every six years with the first 787 due for a D check around 2018, she adds.

United plans to maintain the existing business density on both 787 variants, says Walter. It has 36 business seats on the -8s and 48 on the -9s.