United tests 787 in flights around Seattle

United Airlines is conducting training flights with its crews on its first Boeing 787-8 over Washington state, ahead of flying the aircraft to Houston Intercontinental on 28 September. 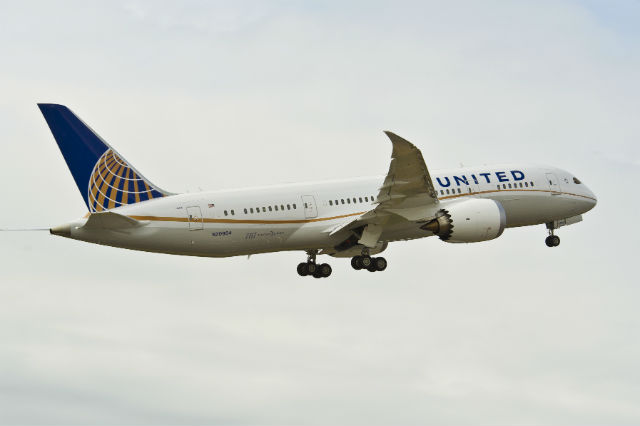 The Chicago-based Star Alliance carrier has flown the aircraft (N20904) between Boeing Field and Paine Field near Seattle and Moses Lake, Washington, at least five times since taking ownership of the 787 on 22 September, according to Flightaware.com.

Cockpit crews have previously only had classes and simulator training on the aircraft, according to an employee newsletter.

"Although United's 787 simulator is very realistic, there's simply no substitute for being able to fly the aircraft," said captain Dave Lundy, 787 fleet standards manager at the airline.

The aircraft will be based in Houston and fly on limited domestic routes from 4 November and international routes from 4 December.