US approves possible $462M A-29 Super Tucano sale to Lebanon

Sierra Nevada Corporation could receive an order from Lebanon for six of its American-built A-29 Super Tucanos following the US government’s approval of a potential foreign military sale.

The company is in a partnership with Brazil’s Embraer to deliver 20 of the light-attack turboprops to the Pentagon for transfer to the Afghan Air Force. The first batch of aircraft built in Jacksonville, Florida, arrived at Moody Air Force Base in Georgia last September for the start of training.

Lebanon could buy up to six Super Tucanos powered by Pratt & Whitney PT6A-68A turboprop engines to address “internal and border security threats,” says the Defense Security Cooperation Agency in a June 9 notice. The country shares a boarder with war-torn Syria and has been fending off numerous attacks by the Islamic State terror group.

The deal is worth an estimated $462 million, and includes the sale of 2,000 Advanced Precision Kill Weapon Systems (APKWS) – a laser-guided rocket produced by BAE Systems. Other beneficiaries would include Terma North America and L-3 Communications.

The potential sale comes as the US government approves another potential deal with Lebanon for an undisclosed number of Lockheed Martin AGM-114 Hellfire II missiles. That sales is worth an estimated $146 million. 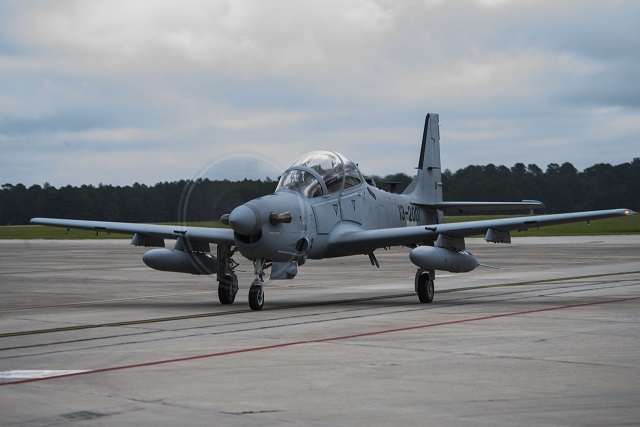