A US-Bangla Bombardier Q400 has crashed at Kathmandu Tribhuvan International Airport in Nepal.

A source at the airport's NOTAM department says that aircraft was operating flight BS 211 from Dhaka to Kathmandu when "a technical fault" occurred during landing.

The aircraft is registered S2-AGU (MSN4041). The 2001-vintage model is owned and managed by US-Bangla.

A spokesman for the airport operator says there were 67 passengers and four crew members on board. Twenty passengers have so far been rescued and transported to the nearest hospital.

Images on social media show that the aircraft has crashed on a field with the airframe badly damaged, having broken into multiple sections. 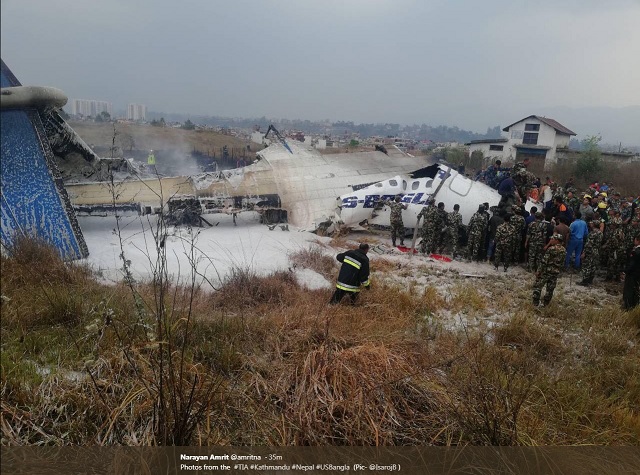