France has been cleared by the US state department to proceed with its expected acquisition of four C-130Js from Lockheed Martin, including two tactical transports and two KC-130J in-flight refuelling aircraft.

The nation has requested the potential sale of two C-130Js and two KC-130Js and one spare set of four Rolls-Royce AE2100D turboprop engines, plus a range of mission equipment totalling an estimated $355 million.

According to a notice published by the US Defense Security Cooperation Agency (DSCA), France has requested C-130Js equipped with various threat countermeasures, such as missile and radar warning systems, plus GPS/INS navigation, UHF/VHF radios and secure voice communications terminals.

The potential deal, budgeted by the French government earlier this year for 2016, with supplement the nation’s existing air transport fleet. Flightglobal's Fleets Analyzer database records this as comprising seven Airbus Defence & Space A440Ms and 27 of the same manufacturer's CN235, plus 14 Lockheed C-130Hs and 35 C160 Transalls. It also flies 14 Boeing KC-135 tankers, and is to acquire 12 Airbus A330 multi-role tanker transports as replacements. 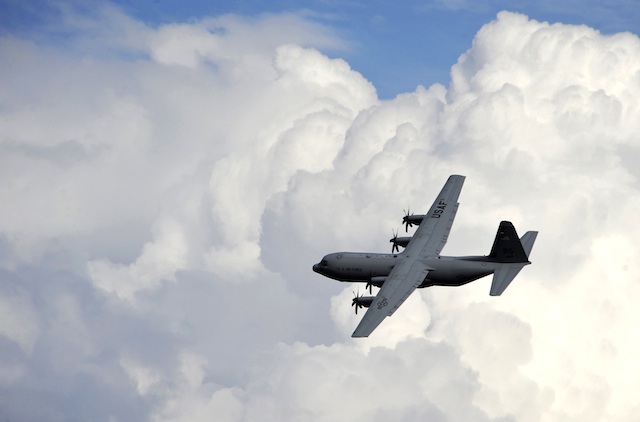 “It is vital to US national interests to assist the French air force to increase its airlift, air refuelling, and air drop capabilities,” the DSCA notice says. “These aircraft will provide these capabilities and will be used to support national, NATO, United Nations, and other coalition operations. Providing these aircraft to the French air force will greatly increase interoperability.”

The contact’s total value is estimated at $650 million, including the airframes and mission equipment, according to the notice.

The deal comes as the state department also has approved another potential sale for $30 million-worth of Lockheed AGM-114K1A Hellfire air-to-surface missiles to the government of France to arm its Airbus Helicopters Tiger attack rotorcraft, which “directly supports French forces actively engaged in operations in Mali and Northern Africa”.

France is requesting 200 Hellfires, and is also considering arming its C-130Js with the precision-attack weapon.