Iraq could receive some $550 million worth of armaments – including air-to-air and air-to-ground missiles – for its Lockheed Martin F-16 fleet, following a US government approval of the possible sale.

The Defense Security and Cooperation Agency (DSCA) notified Congress of its authorisation on 15 January, which would see $1.95 billion worth of weapons and support provided for Baghdad's eventual 35-strong fleet of F-16s, via the Foreign Military Sales process.

This would include 24 AIM-9M Sidewinder and 150 AGM-65D/G/H/K Maverick missiles, both produced by Raytheon, plus 20 joint helmet-mounted cueing systems.

The equipment element of the sale is worth $550 million, DSCA says, with training, support and spares provision making up the rest. 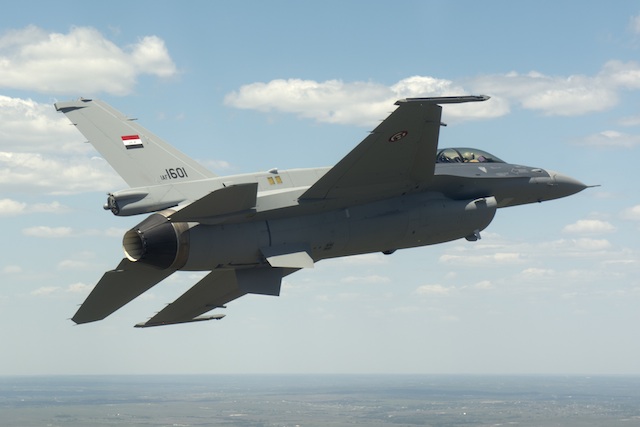 Iraqi F-16s have been participating in the ongoing fight against Islamic State (IS) militants in the country. Initial sorties were conducted in September 2015, two months after delivery of the first examples of the US-built combat aircraft.

The Iraqi air force ordered 36 F-16s – 18 C/Ds and 18 of the IQ-variant – but one C-model was destroyed in a June 2015 crash during a training mission in Douglas, Arizona. Flightglobal’s Fleets Analyzer database shows Baghdad as having 10 F-16C/Ds in service with seven more on order, with all 18 F-16IQs still to be delivered.