The US Navy has begun integrating Lockheed Martin’s new Long-Range Anti-Ship Missile (LRASM) with its Boeing F/A-18E/F Super Hornet and airworthiness flights are due to start next month.

The service says its test and evaluation team at Naval Air Station Patuxent River in Maryland conducted the first load and fit checks with the weapon 12 August using a “mass simulator vehicle” – all in preparation for first phase of airworthiness certification.

LRASM has already been integrated with the US Air Force’s Boeing B-1B bomber, and now pictures released by the navy show the weight-representative payload attached to a Super Hornet’s pylon. 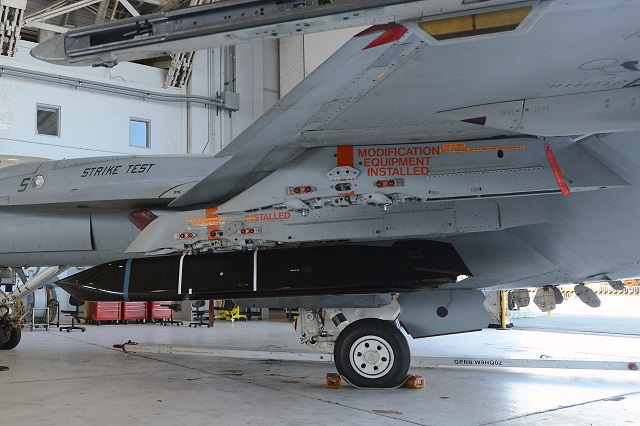 The load and fit checks mark another step forward for the programme, which is being speedily rolled out to meet an urgent need for longer-range anti-ship missiles in the Pacific theatre.

The navy says it will field the maritime derivative of Lockheed’s Joint Air-to-Surface Standoff Missile (JASSM-ER) with the B-1B in 2018 and the F/A-18 in 2019.

“This missile will help us pace the growing maritime threat and provide the warfighter with an urgently needed capability to engage surface combatants at extended ranges,” says the navy’s precision-strike weapons program manager, Capt Jaime Engdahl.

Lockheed expects to receive first contract for production LRASM missiles in 2017, and has recently expanded its missile plant in Troy, Alabama, to cope with increased volumes.

LRASM has been developed by the US Defense Advanced Research Projects Agency as a stopgap measure while the navy competes its Offensive Anti-Surface Warfare Increment 2 requirement. 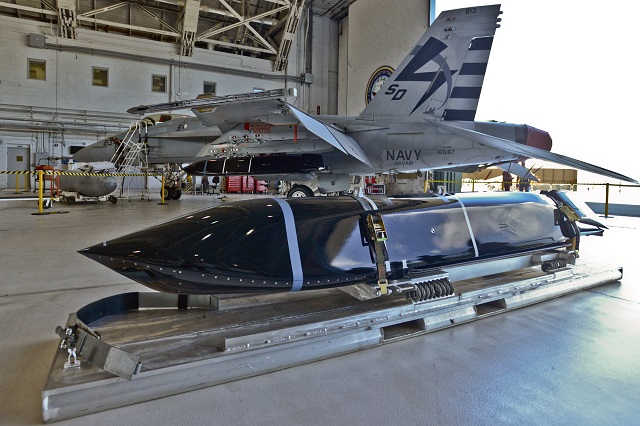