​US Navy's newest aircraft lands perfectly on its oldest carrier

Just after noon on 3 November, a Lockheed Martin F-35C Lightning II shot into view over the stern of the USS Nimitz for a low pass; the first of three before its pilot made a picture perfect landing using the third arresting wire of the aircraft carrier.

The F-35C flight test aircraft, CF-3, hooked the wire at 12:58, about 40nm (74km) southwest of San Diego, California. An hour later, CF-5 also performed a fly-by, then a touch-and-go and finally an arrested landing.

Thirteen years after signing the Joint Strike Fighter development contract, the two F-35Cs recorded the first landings on board an aircraft carrier and marked a major milestone for the programme, that has been beset by developmental delays and cost overruns over its history.

No one aboard the Nimitz was thinking of such setbacks on 3 November. The most common phrase used by officers and enlisted sailors was “making history”, as the jet finally came aboard, followed shortly afterwards by a Boeing F/A-18 Hornet: a type which it will eventually replace. 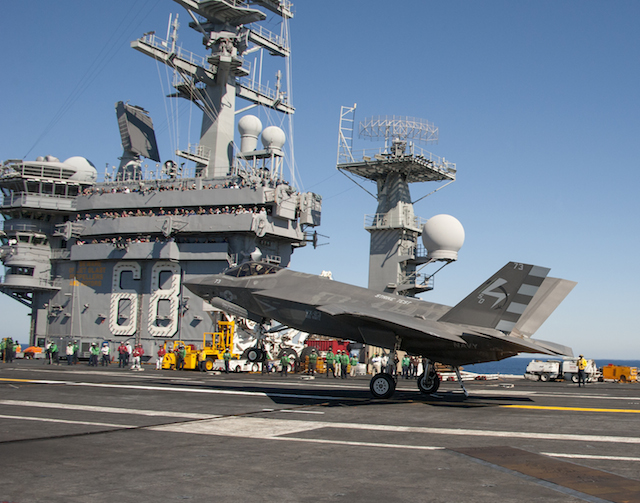 Vice Adm Dave Buss, commander of naval air forces, said it was a “great and historic day” that will be used “as a springboard into the future of naval aviation”.

The aircraft made a 1h-long flight from Yuma, Arizona, where they had undergone preliminary maintenance in preparation for their two-week deployment aboard the Nimitz. Plans were to both land and then launch at least one jet on 3 November by way of the ship’s steam-powered catapult system, but the launches were scrapped because of telemetry issues.

“It’s nothing that we can’t recover from for tomorrow,” Buss said.

The arrested landings were especially remarkable because the F-35C’s tailhook required a redesign after the original was found to be inadequate to stop the jet in the short space given for carrier landings. The redesigned "horse-hoof"-shaped hook worked as planned.

The F-35C is designated to replace the USN's F/A-18C/Ds, but not the E/F Super Hornet and E/A-18G Growler electronic attack aircraft.

What most impressed Buss was the stability of the F-35 on approach. Both CF-3 and CF-5 made ideal arrested landings on the third deck wire. 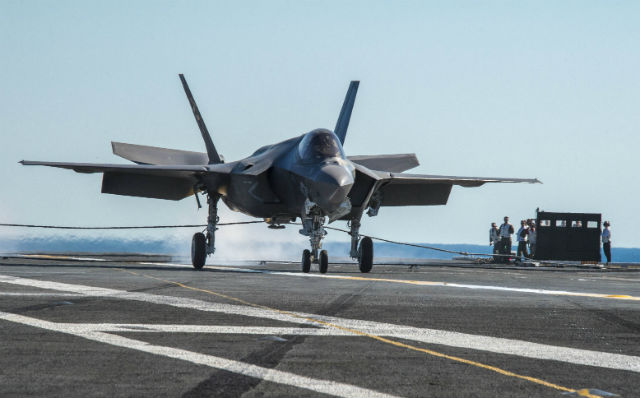 “The most remarkable thing was how steady and stable it was on approach. I didn’t see a lot of control surface movement,” Buss says. “Both aircraft landed exactly where we wanted them to.”

The F-35C is augmented with a new “delta” control law to improve stability on a fixed glideslope to a carrier deck; a first for a manned aircraft landing on a carrier.

The ship and both F-35Cs will stay at sea for the next two weeks, during which time the envelope for flight operations will continually be opened. Changes will be made in the attitudes of the landings as well as direction and speed, Buss says. The test pilots will next try cross-wind landings, and landings with the deck at variable pitch angles. Night landings are scheduled for 13-15 November. 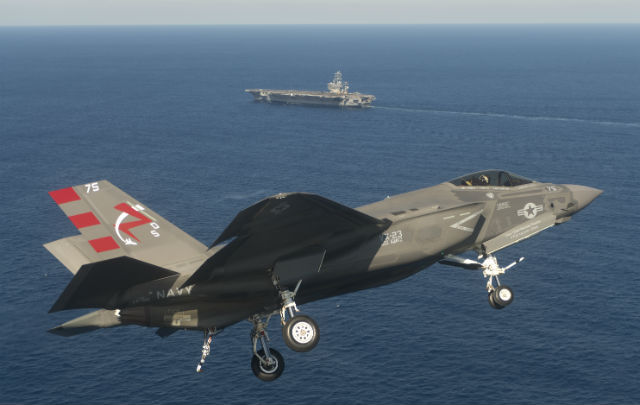 Developmental testing phase two is scheduled to begin in 10 months, aboard an undesignated carrier. Final testing phase three is scheduled for 2016, when the navy will decide whether it does indeed want to operate a stealth fighter from its 11 carriers. The F-35C has larger wings than the A and B models, in order to create the lift required to take off from a carrier.

The US Marine Corps' F-35B is capable of performing vertical take-off and landings on the navy's big-top amphibious ships, but Nimitz-class carriers would be damaged by the heat of the engine downwash. USMC ship decks have been resurfaced to withstand the jet engine downdraft.

As the F-35C completed shipboard landings off the US west coast, programme executive officer Lt Gen Christopher Bogdan was in Israel. He was finalising an order for 25 F-35As, adding to 19 acquired last year. No export customers have emerged yet for the F-35C.

Mark Johnson, a Lockheed spokesman, says the momentous carrier landings might well send a message to other nations about the worthiness of the carrier-based version of the F-35.

“For them to see us land this aircraft aboard a ship at sea in a very controlled manner, this is a good message for our partners,” Buss says. 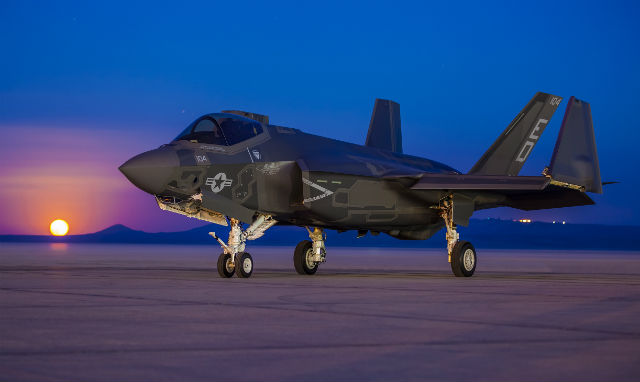