US Air Force Special Operations Command has received its first Lockheed Martin AC-130J Ghostrider gunship ahead of operational testing that is due to start later this year.

The aircraft arrived at Hurlburt Field in Florida last week and is now assigned to the 1st Special Operations Group’s second detachment for the flight trials.

It is just the second Ghostrider to be produced, and does not have the 105mm cannon that will feature on every future AC-130J starting with the third aircraft.
It does, however, carry the medium-calibre 30mm gun and a “precision strike package” consisting of guided munitions like the Boeing Small Diameter Bomb and Raytheon Griffin. It will eventually employ the Lockheed Martin Hellfire missile.

AC-130J is derived from the MC-130J Commando II tanker-transport type, designed to replace 37 legacy AC-130 Spectre, Spooky and Stinger II gunships with a commensurate number of aircraft in a single configuration.

The J-model has more powerful and fuel-efficient Rolls-Royce AE 2100 turboprop engines compared to the Allison T56s on the older models, allowing the special forces operators to “fly higher, further and quieter,” according to one official quoted in a AFSOC press statement. 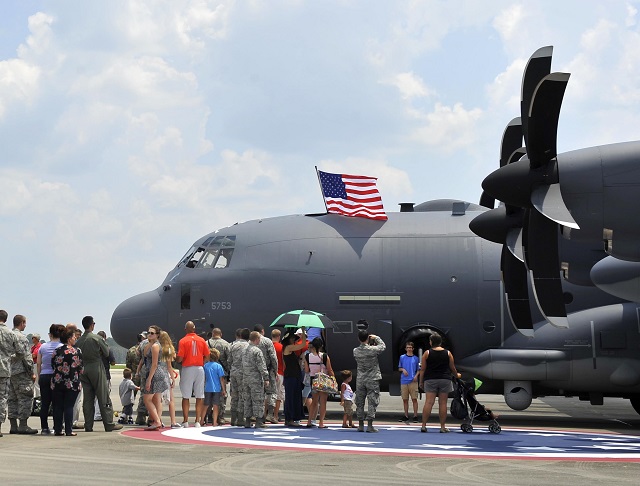 Lt Col Brett DeAngelis, the group’s commander, says the aircraft will be put through its paces in a simulated combat environment to find any issues not picked up during developmental testing at Eglin AFB.

“Now that we know the equipment works when we turn it on, it’s our task to determine the best way to employ our newest asset,” he says. “While we still have initial operational testing in front of us to accomplish, it will now be done by aircrews selected for their combat expertise, instead of their testing background.”

The Ghostrider programme aims to achieve initial operational capability in 2018 and retire the last legacy gunship in 2022, according to AFSOC.
Aircraft No. 3, with the 105mm cannon, is expected to be ready in 2016.

The first prototype is reportedly still grounded at Eglin AFB after a mishap in April. It first flew in January 2014.