The US government has valued the possible sale of eight Lockheed Martin/Sikorsky MH-60R naval combat helicopters to South Korea at $1 billion.

The Foreign Military Sales (FMS) deal would include the helicopters, 18 General Electric T-700 engines (16 installed and two spares), support equipment, and a range of other services and equipment associated with the helicopters, the Defense Security Cooperation Agency said in a statement on its website.

Seoul's Defence Acquisition Program Administration (DAPA) issued a request for proposals for the requirement earlier this year, with bids due by mid-summer, says one industry source familiar with the planned acquisition.

The MH-60R's principle rival for the contract is the AgustaWestland Lynx Wildcat multi-role helicopter.

At the Seoul air show in October 2011, AgustaWestland noted that the Republic of Korea Navy operates an earlier version of the Lynx and that the AW159 would be a good fit as it can use the same shipboard facilities. 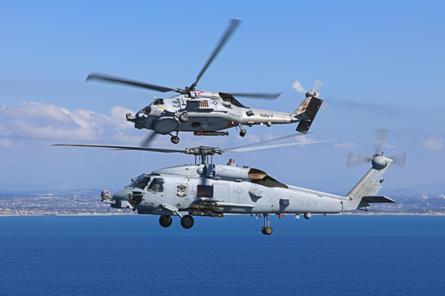 The MH-60R, for its part, is widely operated by the US Navy, and in 2011 Australia selected the type for a 24 aircraft requirement. An MH-60R from the USS Pinckney was dispatched for the show, where it appeared on static display.

A contract could come by the end of 2012. Seoul may ultimately require up to 40 maritime helicopters in the 6t class.