An Oregon company that builds kit versions of the BD-5J personal jet says a move by miniature turbojet engine manufacturer Microturbo to get out of the market will not impact the continued production and use of the 278kt experimentally certified jet.

Ed “Skeeter” Karnes, president of Oregon-based BD-Micro Technologies, a company that bought the production and parts distribution rights to the BD-5 piston and jet line in 1992 and relaunched it as the Flightline series, says the company by summer could select a new turbojet engine provider.

One potential candidate, whom Karnes would not name, would offer 10-15% better fuel burn rate and 10-20lb less weight, an improvement he says becomes significant when considering the empty weight of the single-seater is only 400lb. Either way, owners can continue to fly the Microturbo engines since the aircraft are in the experimental category. Karnes continues to build new BD-5J kits, and says one aircraft being constructed now will appear on the air show circuit as soon as this summer. 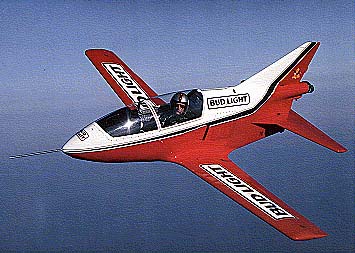 Microturbo in November asked the certification authorities to revoke the certification approval for its TRS 18-series miniature turbojets which in the most recent versions produce 325lb thrust. The company did not return a request for additional information as to why it exited the market. Microturbo continues to build auxiliary power units (APUs).

Originally built in the 1970s, the BD-5J is a jet variant of the BD-5 piston-powered pusher. Never certified, both aircraft have remained kit-built experimental category aircraft, though Karnes is considering a move to certify the aircraft based on its continued popularity and low price. He tells FlightGlobal that the jet-powered version, of which about six are flying, several as cruise missile surrogates for the US Air Force, can cost as little as $120,000 when complete and can fly for 2.5h with auxiliary fuel tanks. “Where else are you going to be able to go 300mph and pretend that you’re Chuck Yeager?” he says.