Bombardier has offered a glimpse of the first CSeries twinjet to be delivered to Korean Air.

The aircraft is pictured having been painted in the South Korean airline's distinctive colour scheme.

Bombardier has shown off a CS300 registered HL8092 for the carrier.

Korean Air became the first Asian customer to commit to the aircraft, which has so far been put into operation with Swiss International Air Lines and Air Baltic. 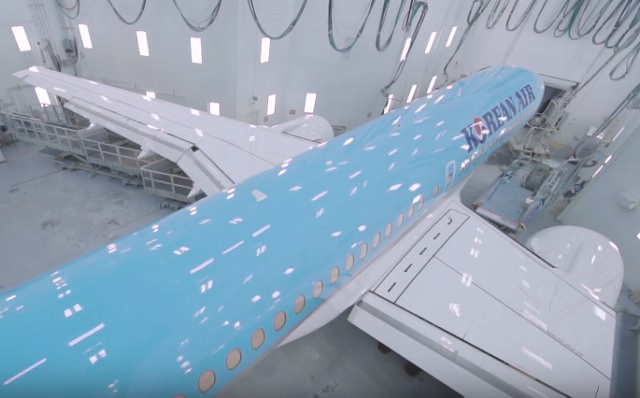