The manufacturer released a picture of aircraft 10001, its first flight test jet, undergoing low-speed taxi tests at the Nagoya airport.

“The current taxiing tests will be performed to confirm braking at low speeds and direction control steering,” says Mitsubishi. 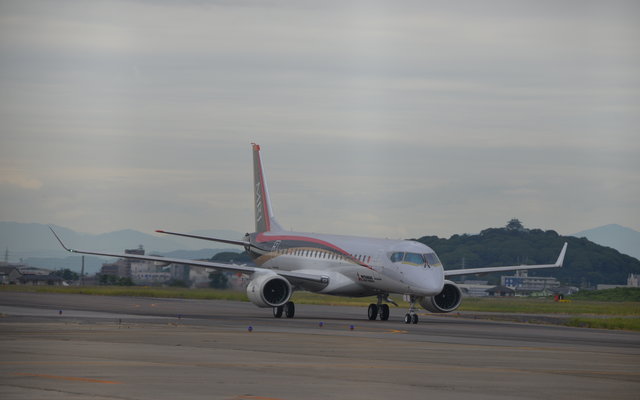 The first flight of the MRJ is now scheduled for September or October this year, after Mitsubishi announced a fourth delay in April, pushing back from the original second quarter first flight target.

Flightglobal’s Ascend Fleets database shows that there are 223 firm orders for the MRJ, as well as 164 options and 20 letters of intent.