The regional aircraft market is changing, as new aircraft from China and Japan are moving closer to service introduction, having largely overcome early difficulties, and Russia’s Sukhoi Superjet 100 is proving itself in service. The jet market is still dominated by Bombardier and Embraer, but in the Asian market, they will no longer reign supreme, and will soon have to contend with the AVIC ARJ21 and the Mitsubishi MRJ90. In the turboprop sector, ATR and Bombardier have fewer worries, with only AVIC providing a modicum of competition with the MA60/600. Bombardier has the advantage of producing both jet and turboprop aircraft but is losing out in the global jet market to the Embraer 175/190/195, which is consistently outselling its Canadian competitor, although both manufacturers are introducing updated models with better fuel burn and lower operating costs.

In the turboprop market, the head-to-head is between the ATR 72-600 and the Q400 NextGen, both of which continue to win sizeable orders. Western sanctions on Russia are beginning to make an impact, which may be good news for Antonov, which has been struggling to sell its An-140 turboprop and is likely to increase production to fulfil local requirements. Ilyushin too may restart production of the slightly larger Il-114. 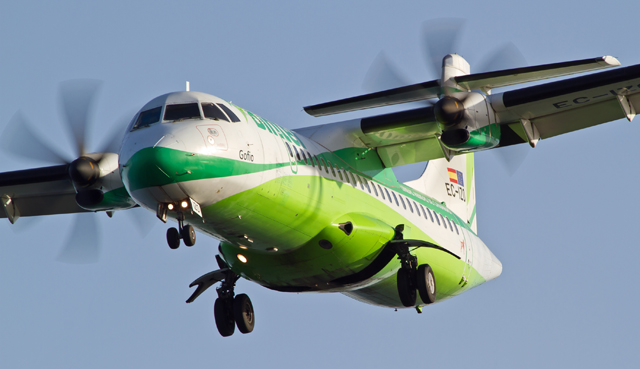 Sales of turboprops in recent years have been for the larger models and all manufacturers have given consideration to the market potential of a new 90-seat turboprop. While the availability of new engines from Pratt & Whitney and CFM International has brought this debate much closer, the early enthusiasm of the manufacturers appears to have cooled somewhat.

ATR’s new chief executive, Patrick de Castlebajac, has stepped back from his predecessor’s aggressive promotion of such a project. Airbus and Finmeccanica, joint shareholders in ATR, are both supportive, but disagree on the timing. An early decision, therefore, is unlikely. Bombardier has ruled out a new 90-seater and is focusing on further development of its successful Q400, including a high-density 86-seat model, and a 50-seat Q400 Combi. Embraer has yet to enter the fray.

AVIC has started development of the 78-seat MA700, which is intended to be stretched to 90 seats, with a proposed in-service date of 2018. The long-delayed launch of a Regional Transport Aircraft (RTA) by India’s Hindustan Aeronautics and National Aerospace Laboratories has moved a step closer, with discussions now being held with engine manufacturers. It is proposed to build a 70-seat RTA-70 for service introduction by 2019, to be followed by a longer 90-seat derivative. Korea Aerospace Industries and Korean Air are jointly studying a 72-88-seat turboprop, provisionally known as DRA, but have been ominously quiet since floating the idea early last year.