Under the “exclusive collaboration agreement” signed at this year’s ADEX, Raytheon will be the prime contractor for the teaming for the Republic of Korea Air Force (ROKAF) programme. Korean Air will provide design, logistics and life cycle support services.

Both parties will work with Bombardier to modify the latter's Global 6500 business jet to “meet ROKAF’s specific mission needs.” 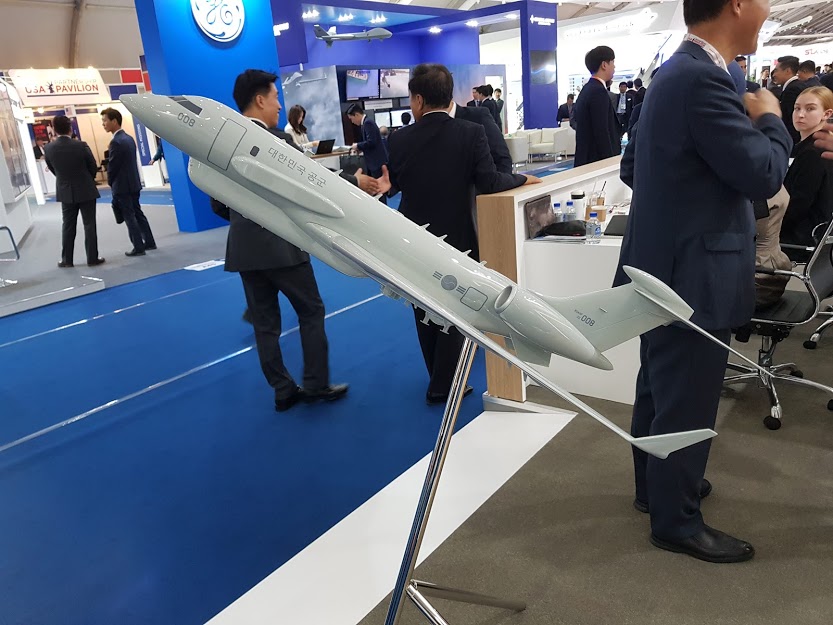 A model of the Raytheon/KAL ISTAR proposal.

The teaming's Multi-INT aircraft makes use of data from various sensors – such as radar, as well as signals intelligence suites – to paint a “comprehensive picture of the battlespace,” says Raytheon.

Raytheon’s ISTAR solution can be used for multiple missions, such as disaster monitoring, border security, as well as protection against ballistic missiles.

Raytheon Space and Airborne Systems president Roy Azevedo says: “Technology is changing the way we fight and the speed at which we do it. For today's commanders, a few seconds can make the difference between success and failure."

"By combining multiple sensors with advanced communications systems, we give Korean commanders the information they need, when they need it."