The Dassault Rafale is one of the mainstays of this year’s flying and static display at the Aero India show in Bengaluru, with France sending three air force examples of the type to participate.

Despite the French manufacturer’s reported reservations about working with Hindustan Aeronautics to produce the Rafale indigenously, Dassault’s signage was liberally spiced with the theme of this year’s show: "Make in India". 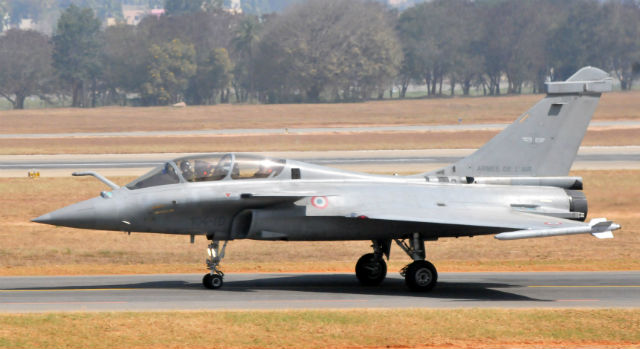 The combat aircraft – one single-seat Rafale C and a pair of two-seat Bs – came to the show from the United Arab Emirates, from where they had recently conducted air strikes against Islamic State militants.

At the show, officials from both Dassault and the New Delhi government were tight-lipped about the status of India’s planned air force acquisition of 126 Rafales. The deal is still awaiting the signature of a contract agreement, some four yearsafter the Rafale gained so-called L1 status in the air force's medium multirole combat aircraft contest. 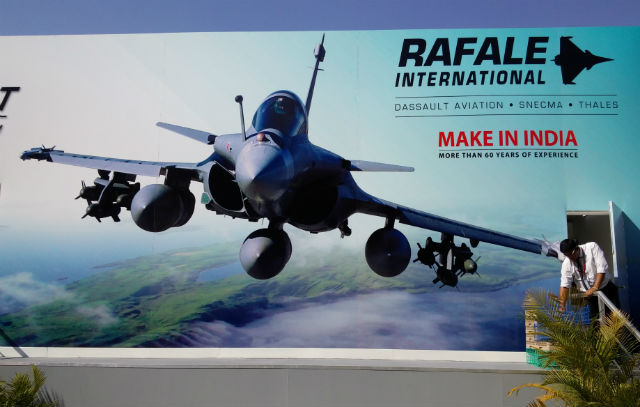