Hindustan Aeronautics (HAL) chairman T Suvarnaraju has hit back at reports that an Indian deal to obtain 126 Dassault Rafale fighters is being held up by French concerns about the Indian manufacturer’s quality standards.

Suvaranraju was addressing the media at the Aero India show in Bengaluru, where local journalists have shown great interest in the Rafale programme and the HAL’s helicopter businesses.

Suvarnaraju stressed his faith in HAL’s products, adding that it produces components and structures for a number of major aircraft types, such as the forward doors for the Airbus A320 and the gun bay doors and wire harnesses for the Boeing F/A-18 E/F Super Hornet. The company has also worked on Boeing’s commercial programmes, including the 737 and 777, he said, and pointed to its long record in license-producing types such as the Sukhoi Su-30MKI, BAE Systems Hawk and Dornier 228.

Nonetheless, Suvarnaraju declines to confirm or deny persistent reports that Dassault is dubious about guaranteeing fighters produced by HAL. Under the original terms of the medium multi-role combat aircraft (MMRCA) requirement, the first 18 Rafales are to be produced in France, and the subsequent 108 in India by HAL. 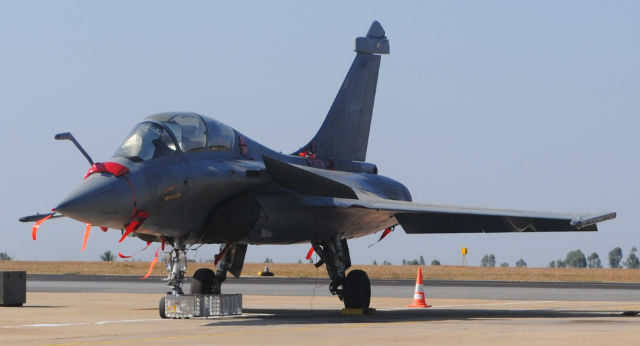 Dassault, which has the largest international presence at the show, also declines to comment on the status of its MMRCA negotiations, which have dragged on for four years following the Rafale’s selection in 2011.

Suvarnaraju also defended the reputation of the company’s Dhruv advanced light helicopter following recent crashes of the type in Ecuador and India. He says the reasons for the incidents are yet to be ascertained.

HAL says it is moving forward with plans for a factory to produce the planned light utility helicopter and naval multi-role helicopter for India's armed forces. The company has secured 610 acres of land in India’s Karnataka province where it will build production facilities with the capability to produce helicopter engines, aerostructures and other systems.

In a separate press conference, Indian air force Air Marshal Arup Raha said that obsolescence in the service’s Mikoyan MiG-21 fleet means that obtaining the Rafale is an urgent priority for the service. He declined to respond to questions about what the air force will do if negotiations over the MMRCA programme between Dassault and India’s defence ministry fall through.