Aeroflot has signed a memorandum of understanding covering 22 A350XWBs and 10 new A330-200s, which it will take on operating lease.

The Russian carrier had been evaluating both the A350XWB and the Boeing 787 for its long-haul renewal. Earlier this month the carrier said it was on the verge of placing an order for 22 A350s and up to 15 A330s. 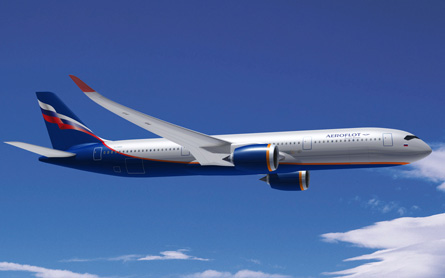 Although Airbus does not specify an engine selection or timeline for deliveries, the airline’s CEO Valery Okulov has previously said that initial A350XWB deliveries are tentatively slated to begin in 2015. He indicated that the A330s would be brought in during the interim, starting from the fourth quarter of next year.

Airbus chief operating officer Fabrice Bregier says: “We are delighted Aeroflot has chosen our aircraft for its next generation long-haul fleet.”

Today’s order takes Airbus to a total of 248 orders and commitments for the A350XWB.

Aeroflot was the first Airbus customer and operator in Russia, launching A310 operations in 1992. Today it operates 26 A320 family aircraft.