Evora-based Embraer Metalicas and Embraer Compositos build parts for the Brazilian airframer’s business, commercial and military programmes such as the KC-390 tanker/transport, including components for wings, and vertical and horizontal stabilisers. 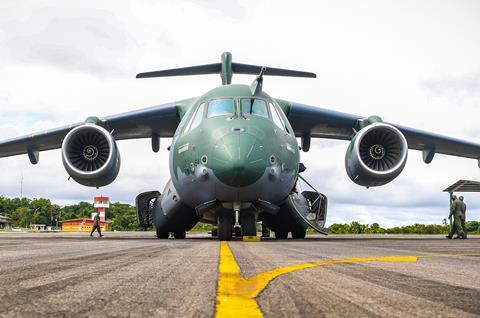 However, Aernnova intends to expand the reach of the plants – now the largest owned by the company – to also supply other aircraft manufacturers.

The acquisition will add around $170 million to Aernnova’s annual revenues, alongside 500 staff.

Embraer says despite the sale it is maintaining its “strategic commitment to Portugal”, pointing to a recent $74 million in its maintenance business OGMA, which is located near Lisbon.