De Havilland Canada Dash 8 aircraft operated by Cobham on behalf of the Australian government are undergoing an extensive sensor upgrade.

The work will be performed by Cobham Special Mission and Australian software company Acacia systems, said Cobham on 1 March. 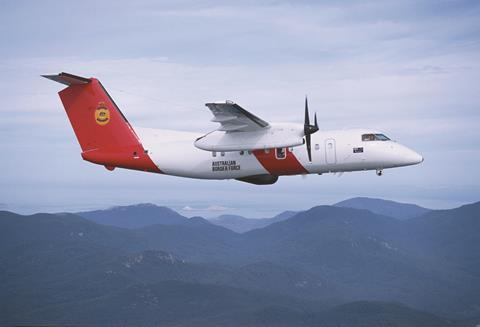 Asked for details about the upgrade work, Cobham had this to say: “The upgrade will replace a number of mission system components (including the radar, Electro Optic turret and the mission management system) to provide overall operational improvements and ensure the Cobham surveillance fleet remains one of the world’s leading civilian [intelligence surveillance and reconnaissance] platforms.”

The aircraft fly some 2,000-2,500 missions annually in all weather conditions.