Lessor Avolon has become the launch customer for Israel Aerospace Industries’ (IAI) Airbus A330-300 passenger-to-freighter (P2F), after it committed to 30 conversion slots over four years from 2025.

The move, announced on 4 October, comes as the lessor taps into the burgeoning freight and e-commerce market, which it is says is forecast to exceed $150 billion in revenue for the year. 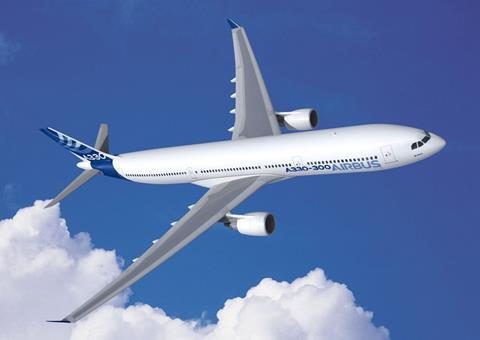 The agreement will also see Avolon partner with IAI on its supplemental type certificate development for the P2F programme.

IAI launched the A330-300P2F programme in November 2020, and reportedly said that the type would be an ideal replacement for the Boeing 767 freighters, which it currently performs conversions for.

It says the freighter will be able to fly over 3,600nm at a maximum payload of 61t, at up to 27 main deck pallet positions.

Avolon chief Domhnal Slattery says IAI was picked as it is a “long-time global leader in the aircraft conversion business”.

He adds: “The global air freight market is worth over $150 billion annually today and the sector is transforming, with air cargo traffic expected to double over the next 20 years. This agreement signals Avolon’s intention to be a leading player in that expansion.

“We believe the IAI A330-300 P2F will be the wide body freighter of choice this decade and beyond, replacing retiring aircraft and providing the volume capacity required to meet market needs.”