Mitsubishi’s aerospace business swung to a net profit of Y7.6 billion ($66.6 million) for the first half of its 2021 financial year, although revenues fell 26.5% to Y247 billion.

The company attributed the weaker revenue to production cuts at Boeing, for which MHI is a major supplier. 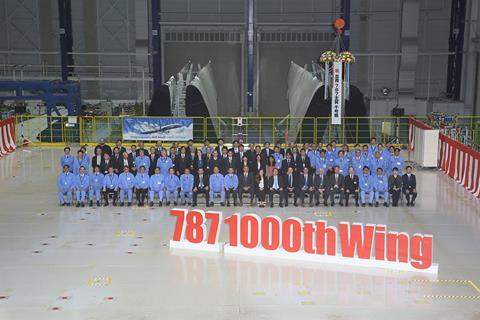 The Japanese company has extensive workshare on all three programmes.

The company says its aerostructures business will see a delayed recovery from the coronavirus pandemic, and that the primary focus is optimizing costs.

The company’s Aircraft, Defense & Space division also benefited the large reduction in costs associated with the cessation of the SpaceJet regional jet programme.

MHI notes that its aero engines business is “recovering gradually”, and that its new Nagasaki factory will increase in-house manufacturing capabilities.

One bright spot was with the company’s CRJ regional jet unit, which is experiencing strong maintenance demand owing to the strong recovery of the USA’s domestic travel market. The company is expanding its West Virginia service centre, and also has signed an after-sales service partnership with US MRO firm Regional One.

For the first six months of the year, aerospace accounted for 15% of MHI’s Y1.7 trillion in total revenue. MHI’s other key sectors are energy systems, infrastructure, logistics, and others.