Boeing has announced that it will open a new research centre in the Japanese industrial city of Nagoya.

The new Boeing Research & Technology (BR&T) centre will focus on researching aviation technologies that will have no impact on the environment, says Boeing. 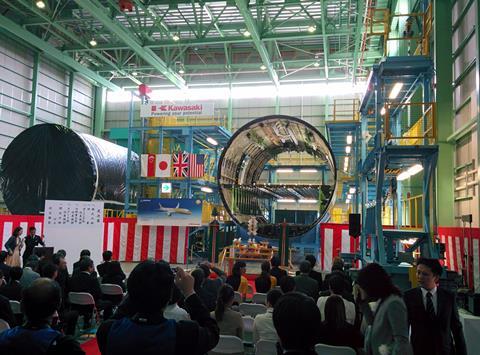 Nagoya is a key supplier base for Boeing, including Kawasaki which builds the 787’s forward fuselage in the city

The announcement follows a cooperation agreement between Boeing and Japan’s Ministry of Economy, Trade and Industry (METI).

Originally signed in 2019 with a focus on sustainability, the cooperation agreement has been recently expanded to cover hybrid-electric propulsion, batteries, and the manufacturing of composites for the future of urban mobility.

“Working with terrific partners like METI, the new centre will expand upon Boeing-wide initiatives in sustainable fuels and electrification, and explore the intersection of digitisation, automation and high-performance aerospace composites for greater sustainability in our future products and production systems.”

Nagoya is heavily involved in the aerospace sector, and many Boeing suppliers are based there. The BR&T – Japan Research Center adds to the company’s other regional R&D centres that are in Australia, China, and South Korea.

Boeing adds that it is committed to sustainable aviation fuel (SAF), and has joined Act for the Sky, a grouping of 16 companies focused on expanding the use of SAF in Japan.