Under a contract awarded by the UK Research and Innovation body, Field will deliver the aircraft in April 2024 for introduction in 2025. 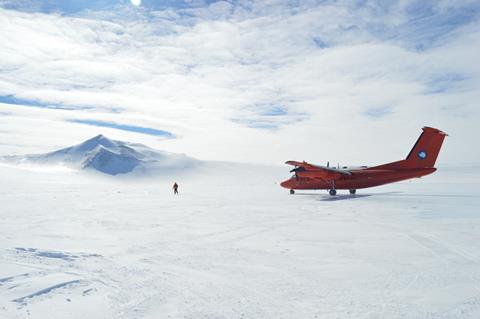 Current DHC-7 has been in service since 1994

Field previously supplied the DHC-7, which has been in service since 1994.

Subcontractors include De Havilland Canada – which will provide the base aircraft – and Collins Aerospace, which will supply a cargo bay door for installation.

To be used for both passenger and freight transport between South America or the Falkland Islands and Rothera Research Station, the Dash 8 will feature a reconfigurable interior, an alternate medical transport configuration and long-range fuel tanks. It will also gain an extensive flightdeck upgrade.