The aircraft will be parted out at Universal Asset Management’s (UAM) Tupelo, Mississippi, facility, states CALC. 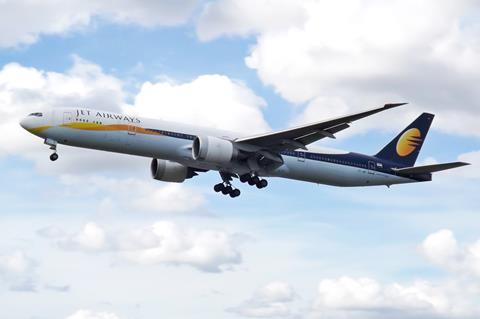 A former Jet Airways Boeing 777-300ER, registered VT-JEK, will be parted out.

Cirium fleets data indicates that the aircraft is likely to be MSN 35165, formerly registered VT-JEK. Jet Airways took delivery of the widebody in February 2008, operating it until 2019, when it ceased operations. Since then, it has been in storage in Mumbai, before being transferred to Tupelo in November this year.

UAM disassembled its first 777 in 2006, with a former Varig Brazil example. “With this airframe, UAM is strategically well positioned to support all 777 operators worldwide, especially those who operate the -300ER and -200LR platforms,” CALC adds.